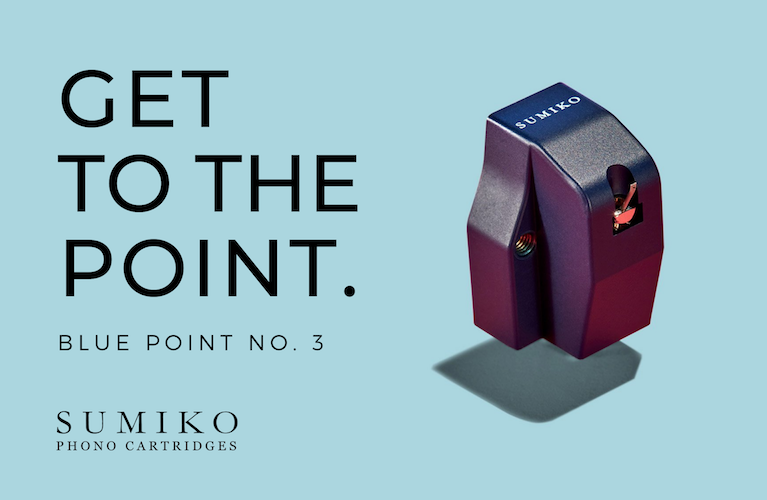 Last June, when I reviewed Bel Canto’s e.One DAC2.5 DAC-preamplifier, I found it to be an excellent combo worthy of being used as the digital control center of a high-quality audio system, and it's relatively affordable at $1995 USD. But for those who prefer the convenience of an integrated amplifier, Bel Canto also then offered the e.One S300iU with built-in USB DAC, also an excellent value at $1995.

Although the S300iU was very favorably reviewed by our own Randall Smith, its single USB input for the DAC and no S/PDIF inputs meant that it wasn’t possible to digitally connect a CD, DVD, or Blu-ray player. The new e.One C5i DAC and integrated amplifier is more like one of Bel Canto’s DAC-preamps, with multiple S/PDIF digital inputs in addition to its USB input, which makes it much more practical, in my view. And because the C5i costs even less -- only $1895 -- it has great potential for use in the high-end systems of budget-conscious audiophiles.

Unpacking the e.One C5i, I immediately recognized the familiar compact case in which all Bel Canto components are housed. At only 8.5"W x 3.5"H x 12"D and 13 pounds, the C5i is another compact, solidly built model whose green LED display and single, multifunction control knob on the front panel make it almost indistinguishable from Bel Canto’s DAC-preamps. The knob can be depressed to choose among various functions, then rotated to adjust the setting. Although this is functional, it’s much easier to operate the C5i with the provided remote control, which gives direct access to many of the functions.

Although it looks nearly identical to the DAC2.5, I was surprised to find that the C5i’s user interface, while acceptable, was not as refined as I would like. For instance, the display isn’t as informative, showing only the volume level or the sample rate or the firmware version; the DAC2.5 can be set to display the volume level and input or sampling rate, which I found useful. Set to Mute, the DAC2.5 displays the message Soft or Mute; the C5i displays a rather cryptic two or three decimal points for the different mute modes.

That said, the C5i had pretty much every feature I could have asked for in an integrated amp and DAC. The invaluable inclusion of a Home Theater Bypass mode allows it to be easily integrated into a multichannel home-theater system. The USB input accepts digital data signals with resolutions up to 24-bit/96kHz. Two TosLink and two coaxial S/PDIF inputs accept signals up to 24/192, and there are a single analog input (which can be used for the Home Theater Bypass mode) and a phono input for those who spin vinyl. A preamp output is also included, for connecting the C5i to the line-level inputs of a subwoofer or for biamping. (All Bel Canto amps are said to be gain matched to simplify biamping.) The supplied IEC power cord is removable, the mains power switch is on the rear, and there’s a headphone jack on the front panel.

Bel Canto claims that the e.One C5i can output 60Wpc into 8 ohms or 120Wpc into 4 ohms. Like other current Bel Canto models, it is a class-D switching amplifier that uses an ICEpower module from Bang & Olufsen. The DAC section is based on Bel Canto’s Two-Stage Master Reference Ultra-Clock circuitry and a 24/192 Wolfson WM8740 DAC chip. The digital volume control, claimed to have 24-bit resolution, is adjustable from 0 to 100dB in 0.5dB increments.

Considering its reasonable price, the C5i has a remarkable feature set. Most important, its DAC’s multiple inputs include a 24/96-capable USB input and a Home Theater Bypass mode. If I were considering buying an integrated amp, those alone would put the C5i at the top of my list. Add to this a phono input and headphone output, and the C5i has all the significant features I’d be looking for in an integrated amplifier.

When the e.One C5i took up residence in my main system, I was pleased at how little space it needed. Except for a pair of Analysis Plus Black Oval 9 speaker cables and an AudioQuest Carbon USB cable, there was now a refreshing lack of clutter in my system. Power was provided by Essential Sound Products Music Cord-PRO ES power cords, and power conditioning comprised a Blue Circle Audio Peed Al Sea Thingee and a ZeroSurge 1MOD15WI surge suppressor.

These days, about the only physical media I use are Blu-ray Discs. I had an Oppo BDP-93 universal Blu-ray player on hand, but ended up doing all my critical listening by feeding my Acer Aspire 5920 laptop computer into the C5i’s USB input. If a digital component has a USB input, I’ll use it. If not, I’ll use a converter between my laptop’s USB output and the component’s S/PDIF input. I used both PSB Imagine Mini and Definitive Technology BP-8080ST loudspeakers.

When I’d connected all the components and powered up the C5i, it was immediately recognized by my laptop, and worked without fault throughout the listening period, accepting 44.1, 48, and 96kHz digital signals through its USB input.

The e.One C5i had the familial sound of other Bel Canto amplifiers I’ve heard: sweet, relaxed, immediately involving and satisfying. It wasn’t the last word in detail, but neither was it a slouch in that respect. Bono’s voice in "One," from U2’s Achtung Baby: Deluxe Edition (24/44.1 FLAC, Island/HDtracks), was a little up front, but palpable and without excessive sibilance. The Edge’s guitar in "Mysterious Ways" sounded prominent and impactful but not harsh. The abundant bass line filled the soundstage but was nicely controlled by the C5i. My favorite track on disc 2 of this edition is the cover of Lou Reed’s "Satellite of Love." Bono’s slightly strained voice was again a little forward, but wonderfully backed by the sweet voice of Gavin Friday, and the sound of The Edge’s reverberant guitar leisurely trailed off into a deeply dark soundstage.

PSB’s Imagine Mini speakers benefited from the control and power provided by the C5i. "Keith Don’t Go," from Nils Lofgren’s Acoustic Live (16/44.1 FLAC, Vision), has an amazing amount of low-frequency energy for an acoustic-guitar album, and with the C5i it blasted out of the PSB minimonitors. Lofgren’s guitar growled ferociously as he strummed, and my room resounded with its bristling energy. The amp tightly controlled the speakers as it reproduced the explosive slap of the strings, precisely delineated by the sustained decay of each note.

Another primarily acoustic album that’s getting a lot of play here is the late Warren Zevon’s Preludes: Rare and Unreleased Recordings (16/44.1 FLAC, New West). The guitar in Zevon’s cover of Steve Winwood’s "Back in the High Life" isn’t as incendiary as Lofgren’s, but the C5i reproduced its natural, solid, woody tone. And though "I Was in the House When the House Burned Down" is a much brighter recording, the C5i did nothing to exacerbate that quality. The crystal-clear sound gave the music plenty of pace without making the harmonica sound overly harsh. This disc’s kitschy version of "Werewolves of London" sounds a little soft and distant, but again, the C5i didn’t overemphasize these shortcomings, and reproduced the track with a faithfulness that allowed me to appreciate Zevon’s artistry.

Although I enjoyed the C5i’s smooth, rich sound with acoustic music, it also sounded excellent with well-produced, multitrack studio recordings, such as the limited-edition rerelease of Robbie Robertson’s first two albums, Robbie Robertson/Storyville: Expanded Edition (16/44.1 FLAC, Hip-O Select/Universal. Robbie Robertson was produced by Daniel Lanois about the time he was producing U2’s Joshua Tree and Peter Gabriel’s Us, and although it doesn’t stand up as well as those other albums, it does have some excellent cuts. Perhaps the best-sounding, and my favorite, is "Somewhere Down the Crazy River." Through the C5i the opening drumbeats ricocheted nimbly around the soundstage but were requisitely deep and tight. The distinctive backing singing of Sammy BoDean and Robertson’s own gravelly voice mixed beautifully with the dark, textured arrangements. Although later covered by Rod Stewart, this original version of "Broken Arrow" is a gem. There are only guitar, bass, drums, percussion, and Peter Gabriel on keyboards, but the sound is complex and exquisitely mixed. The entire album is well engineered, and was a delight to listen to through the C5i, with a huge, deep soundstage complemented by a relaxed sound that was not short on detail. I often forgot I was supposed to be critically evaluating the C5i’s sound, and found myself rediscovering and enjoying records such as this one.

Prior to receiving the C5i, I’d been doing a lot of my listening with Bel Canto’s e.One DAC2.5 DAC-preamp ($1995) and e.One REF1000 power amplifiers ($3990/pair, discontinued). That system gave me a lot of musical enjoyment, as well as the flexibility of having a high-quality DAC-preamp as part of my multichannel home-theater system. The C5i offers similar functionality, but at only one-third the price, could it approach the performance of its more expensive siblings?

As mentioned, the C5i sounded similar to other Bel Canto amps I’ve heard, but it couldn’t match the performance of the DAC2.5 and REF1000 -- hardly surprising, considering the price differential. But also considering that price, there was plenty to like about the C5i. Its sound had no obvious deficiencies -- in fact, it was a very capable performer in its own right -- but the DAC2.5 and REF1000 were a bit more refined in most respects.

For example, Robertson’s "Fallen Angel" has some seriously deep bass that the DAC2.5-REF1000 combo was better able to control. The low frequencies were all there with the C5i, but the articulation in the heartbeat-like drums wasn’t as defined. This was apparent even through the Definitive BP-8080ST speakers, which have built-in powered subwoofers that should lessen any perceived differences in the quality of amplification with low frequencies. This led me to believe that the DAC2.5 is superior to the C5i’s DAC-preamp section.

The DAC2.5-REF1000 combo was a little more transparent and detailed. But Cyndi Lauper’s The Body Acoustic (16/44.1 FLAC, Sony) sounded just as smooth through the C5i. Lauper sometimes sounds sibilant in "True Colors," but the C5i retained the purity of her voice -- it remained intelligible without becoming shrill or harsh. In this wonderful duet version of the song, there was a touch more space around Sarah McLachlan’s voice with the DAC2.5-REF1000 that made her precise phrasing easier to appreciate. The guitar retained its realistic steeliness through the C5i while still sounding relaxed and natural.

The C5i may have given up a little transparency and dynamics to the more expensive DAC2.5-REF1000 combo, but it was just as listenable, with a relaxed, inviting sound. Whether I listened to high-resolution digital downloads or "Red Book" CDs, it let me enjoy my music with the simplicity of having a DAC and an integrated amplifier in a single convenient unit.

The Bel Canto e.One C5i DAC and integrated amplifier is an excellent choice for anyone who wants to build a high-quality audio system around a single electronic component. You can enjoy music at resolutions up to 24/96 simply by plugging a computer into the C5i’s USB input, or use one of its conventional digital or analog inputs. And its Home Theater Bypass mode means that it can be seamlessly integrated into a multichannel home-theater system. For $1895, this is a sweet little component that I won’t hesitate to recommend for its excellent combination of price, performance, and convenience in a compact, well-thought-out package.