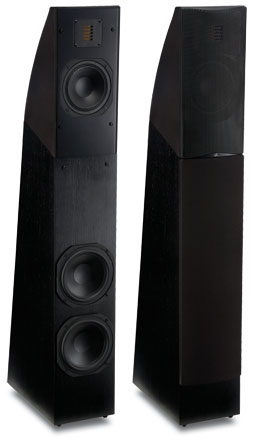 Money, money. In the 25 years I’ve been a self-proclaimed audiophile, inflation has taken its toll. According to the inflation calculator at www.bls.gov/data, 2010 prices are more than twice what they were in 1985. This may not entirely explain the existence of $20,000 electronic components and $100,000/pair speakers, but it goes a long way toward justifying why so many makers of A/V gear now have their products manufactured in China. Take my Snell EII speakers, for example. I’m pretty sure that 22 years ago, when I bought them, I felt that $995 was no insubstantial sum, even if I never doubted their overall value, especially after hearing other speakers costing several times as much. Since then, the Snells have required very little in terms of maintenance, repairs being limited to the onetime replacement of woofer surrounds. This, and the fact that I still enjoy the Snells, marks them and speakers of similar quality as some of the better long-term audio investments you can make. But even though I know that a dollar isn’t worth half what it used to be, $995 still seems like a lot of money to me -- and my guess is that I’m not alone. Today, those Snells would be priced around $1900/pair!

So here we are in 2010 and I’m listening to MartinLogan’s Motion 12 floorstanding speakers, which retail for $1499.95 USD per pair. Now, given that ML charges $25,000 for a pair of its flagship CLX electrostatics, you wouldn’t be too far off the mark if you put the Motion 12 in the company’s "entry-level" category. Still, $1500 isn’t exactly chump change, especially in these rough-and-tumble times. Do you get what you pay for?

The Motion 12 is a fairly complex three-way speaker with some unusual design details. Beginning with the high frequencies, ML employs its own Folded Motion tweeter, which the company claims requires "90% less excursion than the typical 1" dome tweeter" and therefore is expected to create less distortion. The midrange is handled by 5.25" doped-paper-cone driver in an open-backed dipole configuration. Given ML’s expertise in dipole electrostatics, this design choice is not too surprising, but it’s unusual in a speaker at this low a price. The low frequencies are handled by two 6.5" paper-cone woofers in a separate, ported cabinet.

ML claims a frequency response of 40Hz-25kHz, +/- 3dB for the Motion 12, and a nice, highish sensitivity of 92dB. The nominal impedance is 4 ohms, the maximum recommended amplification 150W. My 50Wpc amplifier had no trouble driving the Motion 12s to antisocially high levels, though it ran noticeably hotter than usual.

Overall, the Motion 12 measures 42"H x 7"W x 14"D; seen from the front, its appearance is svelte. Visual attractiveness is always in the eye of the beholder, but I think the Motion 12 looks handsome, if a bit morbid in its only choice of finish: a veneer of black ash. The fit and finish were excellent, especially given the complexity of the design. With not one but two grilles, and a baffleless, open-frame mounting for the midrange driver, there were many opportunities for poor alignment and finish of the speaker’s many parts, but I saw no evidence of either. The packaging, too, was top class, especially given my recent experience with shipping-damaged grilles of a pair of Studio HDs from Legacy Audio. The Motion 12s looked a lot better with their grilles on (the magnet fasteners make these easy to secure or remove), and since I heard no improvement with the grilles off, I did my listening with the drivers fully protected. ML provides rubber and spiked feet; I used the latter without suffering too much injury to my hardwood floor.

I know that the Motion 12 is not intended for the hi-fi hardcore, but I think ML has gone too far in the opposite direction in terms of the binding posts: spring-loaded jobs that work only with thin wire or pins or, with the removal of a rubber insert, banana plugs. I got them to work with pins, but never felt that the speaker-cable connections were absolutely secure. Also, simply keeping these speakers clean will be a challenge: the fabric shroud that covers the tweeter-midrange assembly proved to be a dust magnet, and conventional dusting methods didn’t work. Careful and gentle vacuuming, along with a sticky lint-collecting roller, did the trick.

The Motion 12s were connected to one of two integrated amplifiers -- my reference NAD C 325BEE (50Wpc at 8 ohms) and, while I had it, a Musical Fidelity M6i -- via Kimber KWIK 12-gauge speaker cable. Comparison speakers were my Snell EIIs. Source signals were passed through Kimber PBJ interconnects, mainly from my Rotel RDD-980 transport/Meridian 203 DAC rig. The digital link was a 2m length of HAVE/Canare Digiflex Gold 75-ohm coax. All electronics were plugged into hospital-grade receptacles on a dedicated 20A circuit. My wood-framed listening room measures 15’L x 12’W x 8’H, with two large, arched openings in adjoining walls.

With the aid of the very helpful owner’s manual (which I had to download from MartinLogan’s website) I was able to dial in, relatively quickly, the optimal positions for the Motion 12s in my room. I found those positions to be as suggested by ML: with the two speakers and my listening chair describing an equilateral triangle, the speakers angled to directly face me. I kept the Motion 12s about 20" from the sidewalls and 18" from the front wall, as measured from the front baffle. Using test tones and my ears, I heard good, fairly even bass extension down to 31.5Hz, though with a noticeable dip in response in my room at around 63Hz. The distributor had made it a point to send the review samples to me already broken in, so I can’t say much about that process; however, I assume that it’s necessary before the 12s will perform at their best.

"If you can’t get the midrange right, then nothing else matters." That old audiophile saw never rang truer for me than during the many enjoyable weeks I spent listening to the MartinLogan Motion 12s. You know the midrange is right when a good recording of an acoustic instrument that reasonably could be played in your listening space (i.e., not a cathedral organ) sounds convincingly real. The Motion 12 had this uncommon quality. Antonio Carlos Jobim’s guitar on "Look to the Sky," from his brilliant Wave (CD, A&M CD 0812), is panned hard right, but still sounded arrestingly real and life-sized. Another instrument that could theoretically be played in the typical room is . . . the voice of Eddie Vedder! He certainly was in my room, singing "Footsteps," from Pearl Jam’s Jeremy EP (CD, Epic 34K 77935), along with the rest of the band in this more or less acoustic number.

Midrange reproduction of such quality is quite an achievement, especially at this price. If you love acoustic music -- small-group jazz, singers, chamber orchestra, flamenco, bluegrass, Indian raga, etc. -- then you absolutely should hear what the Motion 12 can do. However, compared to some speakers that have recently visited my living room, I thought the ML’s highs were a bit subdued. Art Garfunkel is almost a supporting musician on his Everything Waits to Be Noticed CD (Manhattan 5-40990-2), where he shares time with some terrific performances by singer-songwriters Maia Sharp and Buddy Mondlock. There is some very nice and well-recorded guitar work throughout, and especially on the first track, "Bounce," where a repeated harmonic riff should have a lovely, shimmering quality. The Motion 12s weren’t able to capture this, leaving me feeling a little shortchanged.

One of my favorite bass players is the very tasteful and creative Colin Moulding, of XTC fame. Far from being buried in the mix, his lyrical playing, especially from the group’s English Settlement album on, is up-front and almost hummable -- much like Paul McCartney’s playing on the Beatles’ Sgt. Pepper’s Lonely Hearts Club Band. But Moulding’s bass line in "Peter Pumpkin Head," from Nonsuch (CD, Virgin TOCP-65720), sounded a tad subdued -- which can most likely be chalked up to the aforementioned dip in the Motion 12’s in-room bass response.

Results were more positive in this regard for the king of instruments. Organist Michael Murray’s recording of Bach’s Prelude and Fugue in C Minor, BWV 546 (Telarc CD-80127), was reproduced with a realistic sense of space. The pedal notes, down to a low F, had a good sense of pitch and were presented with reasonable power. While I've always thought the organ was goosed up a bit on Charles Dutoit and the Montreal Symphony Orchestra's recording of Holst's The Planets (CD, Decca/London 417 553-2), getting "room lock" never fails to entertain, though not every speaker I've heard can do it. The Motion 12s had no problem passing this test.

Although the Motion 12’s strengths are in the midrange, it was also a particularly terrific transducer of acoustic piano, but in a way very different from my other fave speaker for piano recordings, the Legacy Studio HD. With the ML, it wasn’t all about the high treble, which is where the Legacy wields its magic; rather, it was that wonderful, spacious, delicate, detailed midrange. I love the music of Erik Satie, and Aldo Ciccolini’s performance of his Gymnopédies (CD, EMI 567260 2) is particularly masterful. Simple but never simplistic, the genius of Satie’s music is in its economy. Wave after wave of profound musical thoughts and pictures are triggered by the sparest notes and chords. This recording can sound a bit strident through other speakers; the Motion 12s presented Ciccolini’s performance in a most natural, unfatiguing manner.

At this price -- or at ten times this price -- what makes a high-fidelity component successful is its ability to reproduce the sounds humans most often hear. While this sounds obvious, think of all the time and energy spent on tweeters that operate way above the range of human hearing. Think, too, about the power requirements and sheer physical size of subwoofers designed to re-create the sensations of earthquakes. While the experiences these devices attempt to capture are alien to the human ear, the human voice is not. Nor is the rustling of a branch or the song of a bird. It is such sounds that the "midrange" is full of, and the Motion 12 did the midrange very well indeed. If MartinLogan made a point of focusing on this aspect of music reproduction in the design of the Motion 12, then I can hardly fault that choice. Ultimately, the Motion 12 shines where it matters most.