September is here, and my soundtrack for celebrating the cooler days ahead has lately consisted of the music of two legends, each of whom has a knack for continuing to produce incredible music; the impressively strong sophomore release of an up-and-coming West Coast band whose sound is a throwback to the 1960s; and a wild-card Norwegian fiddle band who liven things up with a light-hearted, heavily skilled vengeance. 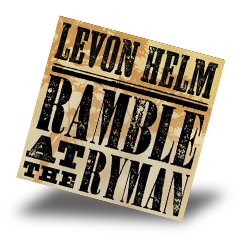 Levon Helm’s Dirt Farmer (2008) won him a Grammy, and that same year he received a Lifetime Achievement Award for his involvement with The Band, and was named "Artist of the Year" by the Americana Music Association. The following year, hot on the heels of so much recent acclaim, he recorded a concert that was finally released this spring as Ramble at the Ryman (CD, Levon Helm Records), at Ryman Auditorium, the legendary venue in Nashville, Tennessee, that was the original home of the Grand Ole Opry. His core band that night was an impressive 12-piece crew that included his talented daughter, Amy Helm, of the folk band Ollabelle, but the guest list is what makes this disc a must-have: Little Sammy Davis, John Hiatt, Buddy Miller, Sam Bush, and Sheryl Crow. The 15 tracks span Helm’s career, with such favorites as "Rag Mama Rag" and "The Weight," from his days with The Band, to material from Dirt Farmer, to classic covers of songs by Chuck Berry and the Carter Family. The recording is warm and spontaneous, and the genuine respect for Helm is palpable, both from the adoring audience and from the heavyweight musicians joining him onstage. Helm’s distinctive voice still has the high-pitched, lonesome quality it did in the 1960s, but age and excellence have since further permeated his singing, like spirits preserved in some ancient oak barrel. Many magical moments were captured during this performance, and while Helm sings about how "You Don’t Know the Shape I’m In," if you ask me, he’s still in top form. 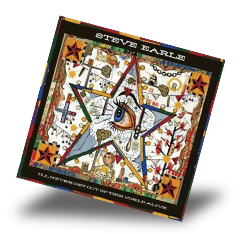 Following a trajectory oddly similar to Helm’s, Steve Earle has recently enjoyed a major comeback in his long career, winning his 13th and 14th Grammys for his 2007 and 2009 albums, and now releasing a new masterpiece, I’ll Never Get Out of This World Alive (CD, New West NW 6195). Produced by T Bone Burnett, the album is a solid ride that highlights Earle’s unquestionably gifted songwriting and a roomy, live feel to the sound. Earle warbles with a convincing Irish lilt in "The Gulf of Mexico" and "Molly-O," ballads about seafaring immigrants and a redheaded seductress. The closing track, "This City," is a testament to the longevity of New Orleans’ culture and heritage, as the city continues to recover from the blows it suffered in 2005 from Hurricane Katrina. Earle’s seventh and current wife, Allison Moorer, a talented singer-songwriter in her own right, joins her husband for one of the best songs on this album, the moving "Heaven or Hell." 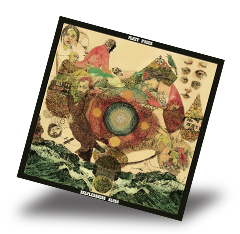 Hailing from Seattle, Washington, the Fleet Foxes’ only excuse for waiting three years to produce a follow-up to their highly acclaimed, self-titled debut album was their unexpected and overwhelming success. While they intended to have a new album finished just months after their first, the band found themselves instead touring for over a year and a half. Not a bad thing . . . and clearly understandable when you hear what they’re capable of. America hasn’t heard vocal harmonies this tight since the 1960s, and while comparisons to bands like Crosby, Stills, Nash & Young and Simon & Garfunkel are hard to avoid, the strength of the Foxes’ finely tuned instrumentation has more of an alt-country slant; this, combined with crisp, beautiful songwriting, brings a modernity and an originality to their sound. The band branches out instrumentally on Helplessness Blues (CD, Sub Pop SP 888), adding to their core of guitar, bass, and drums a near-orchestra of oddities: hammered dulcimer, zither, wood flute, timpani, Moog synthesizer, tamboura, fiddle, pedal steel and lap steel guitars, Tibetan singing bowls, and vibraphone. No wonder they’ve become the darlings of the industry and developed a slowly growing cadre of fans around the world. Helplessness Blues may have taken longer than expected to complete, but now that it’s here, it’s complete perfection. 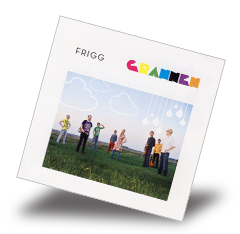 Finally, the fiddle band Frigg, from Norway, has me captivated with the instrumental virtuosity found on their latest release, Grannen (Frigg 00007). Melding Finnish-Norwegian folk melodies with American and Irish folk influences, they produce a lively, entrancing sound. So layered and interwoven are the stringed instruments on this disc that it’s nearly impossible to tell the number of players, and while seven members are credited with having made Grannen, Frigg admits that their roles often shift -- all the better, for the music’s free spirit and fluidity suit an equally revolving cast of characters. The music is at times soothing and calm; the near-lullabies of "Verna" and "Jepuan Marssi" relax me into a dreamlike state. But more often, as with "Potatisvals" and the waltzing title track, I feel an exuberant spirit alive in the music that recalls a simpler time, when dancing to a good jig solved the problems of the world. Perhaps, given the chance, Frigg could still help us in that regard.