Paul Simon: "So Beautiful or So What" 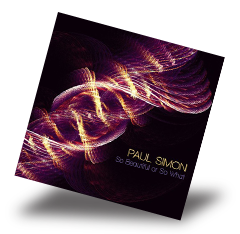 With a long career full of accolades and awards (and sales), Paul Simon could be forgiven if he decided to coast for a while. He’d just rather not. He brought Brian Eno in to co-produce his last disc, Surprise (2006), and while the result showed a playful interest in Eno’s use of soundscapes and studio effects, the songs and the vision were unmistakably Simon’s. So Beautiful or So What continues some of that sonic experimentation. "Getting Ready for Christmas" includes a sample from the 1941 sermon of the same title by Rev. J. M. Gates, and Simon uses bits from the Golden Gate Jubilee Quartet in "Love and Blessings" and Sonny Terry in "Love Is Eternal Sacred Light." So Beautiful or So What takes mortality and spirituality -- or, more specifically, the afterlife -- as its themes, but Simon’s gentle touch, humor, and humanism ensure that his observations are never merely cynical. Aural delights abound, whether it’s the Indian percussion from Karaikudi R. Mani and his associates on "Dazzling Blue," the kora, a West African string instrument, on "Rewrite," or Vincent Nguini’s guitar playing. All those instruments would sound even more delightful were it not for the compressed sound, which cries out for audiophile mastering.