When I received Avishai Cohen’s new album, Big Vicious, and saw that he plays on it trumpet, effects, and synthesizer, I was confused. I’ve written about the jazz double bassist Avishai Cohen, who, it turns out, has not switched to all those other instruments. This world contains at least two Avishai Cohens who are jazz musicians from Israel.

Big Vicious is the title of Cohen’s third outing for ECM as sole leader, and is also the name of the quintet that recorded its 11 tracks. Cohen founded the group when he returned to Israel in 2014, after a number of years of playing and studying in the US. The other members of the band are guitarist Uzi Ramirez, guitarist and electric bassist Jonathan Albalak, drummer Aviv Cohen (no relation), and drummer and live sampler Ziv Ravitz.

The music is both improvised and carefully arranged, and jazz is only one of the strains running through it and on which it’s based, along with rock, trip-hop, electronica, and more. An echoed synthesizer note in “Honey Fountain” leads to a muted guitar chord from Ramirez and a solidly thumped bass line from Albalak. Aviv Cohen pulls the song together with a rock backbeat as Avishai states the melody line clearly on trumpet. Ramirez switches to arpeggios, adding chorus and delay for an airy quality. This track is both ambient and swinging.

“Honey Fountain” is one of three tracks cowritten by Big Vicious with Yuvi Havkin, aka Rejoicer, a Tel Aviv-based musician and producer. The second is the dark and spacey “Fractals,” with swirling effects that Avishai’s trumpet darts around, his sustained phrases ringing out as Ramirez’s guitar and Aviv’s drums grow more intense. The third, “Teno Neno,” provides contrast -- a ballad played with grace and sensitivity, it builds dramatically, and shows off its composers’ and this group’s versatility. 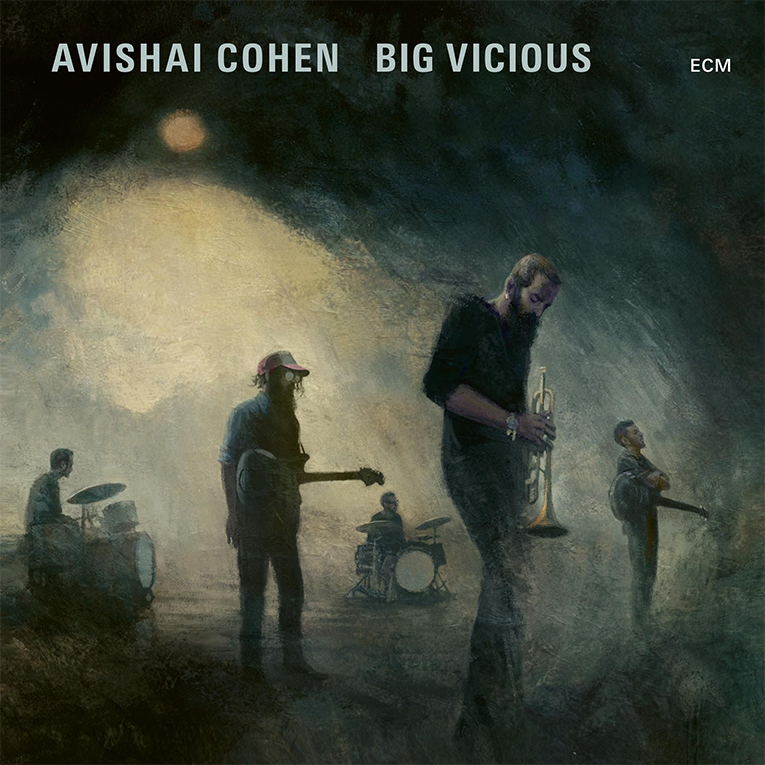 Big Vicious’s take on Massive Attack’s “Teardrop” captures the spirit of the original, but Avishai’s trumpet playing gives it a strong blues feel. The group adds layers of sound, Ravitz and Avishai using sampling and effects to create a complex, involving background that enhances the mood. Another highlight of the album is the almost punk-rock “King Kutner,” Ramirez raging on guitar as Albalak provides aggressive bass.

The band’s arrangement of Beethoven’s “Moonlight Sonata” has good moments but doesn’t quite get off the ground. The album’s other ten tracks, however, are memorable and show interests in various genres of music. “The Cow & the Calf,” credited to the entire band, hits a convincing R&B dance groove, while Avishai’s relaxed, prog-rock “The Things You Tell Me” evokes Pink Floyd.

Cohen’s other ECM releases are Into the Silence (2016), a quintet recording; Cross My Palm with Silver (2017), a quartet session; Playing the Room (2019), an album of duets with pianist Yonathan Avishai; and, as a member of the Mark Turner Quartet, Lathe of Heaven (2014). All of this music, played on acoustic instruments, is evocative and impressionistic, and unfolds in ways that give Cohen and the other players space to move around. Big Vicious is more densely arranged, with a more pronounced rock feel.

While I feel his other ECM albums present a better picture of Cohen’s clear trumpet tone, and of his uses of space and economy to make his musical statements count, I found Big Vicious gaining in power and depth the more I listened. The interaction among the musicians, and their use of dynamics and sound effects, give the music a daring and a force that keep it from slipping into a too-relaxed, “ambient” experience.

According to Jonathan Albalak, the album’s producer, ECM founder Manfred Eicher greatly influenced the music on this album. “Manfred’s contribution changed a lot,” he says in the press release accompanying the disc. “He’d say something and it could change the essence of a piece we’d been playing for two years, and we’d get to explore a new taste of it.” Big Vicious was recorded at Studios La Buissonne, in the south of France; the sound is beautifully spacious, with a powerful but not overwhelming bottom end, and enough space to let each instrument and effect make its mark.

Big Vicious is a good first entry in a discography that could have the impact and longevity of that of a band like Weather Report, taking jazz into new places within a more tightly structured approach to the music. In its six years this quintet has developed a comfort in playing together, but there’s still a slight tentativeness that should begin to recede as they play and record more -- and I hope they do. I also hope that Cohen will continue to make the entirely acoustic jazz he’s recorded for ECM in the past, and on the seven other albums he’s made for other labels. He’s worth keeping an ear on.