As high-end audio shifts its focus to products costing four, five, or even six figures, we forget how great a simple, affordable system can sound. A basic integrated amplifier or stereo receiver hooked up to a good pair of bookshelf speakers can deliver realistic and satisfying reproduction of music, which is most -- perhaps even all -- of what most people want from an audio system. People who are just now getting into traditional stereo audio because of their interest in vinyl understand this, and it’s for them that NAD has produced the C 316BEE V2 ($399 USD), an integrated amp designed to deliver all the power and options a basic stereo system needs.

NAD built its name on small, affordable integrated amplifiers. Audiophiles love them not only because they cost so little, but because they’re simple: a basic analog preamp feeding a power amp specified to output 30 or 40Wpc, with no fancy menus or adjustments or digital technologies. Some audiophiles believe these small amps sound better than larger ones, although there’s no evidence to support that belief -- after all, a big amp is just a small amp with a larger power supply, more gain (and thus potentially less feedback), more output devices, and a bigger heatsink. But if they find that having a simpler, more compact system is more emotionally satisfying than a floor full of monoblocks and a rack full of complicated components, who am I to argue?

The C 316BEE V2 is basically NAD’s C 316BEE with the addition of a phono stage compatible with moving-magnet cartridges, the type of cartridge supplied with every turntable I’ve ever seen priced at $1000 or less. Its rear panel has four stereo line-level inputs (RCA), and on its front is a 3.5mm line input for connecting tablets or portable music players (and perfect for connecting a Google Chromecast Audio wireless music streamer). Also on the front panel are a headphone jack (1/4” phone plug) with a rather high output impedance of 68 ohms, and defeatable Bass and Treble tone controls. A small remote control is included. 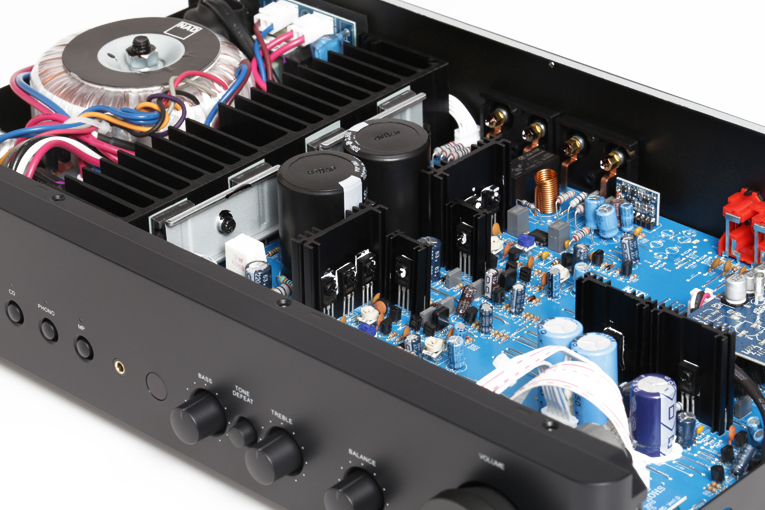 You get the amplifier, the remote control, and a manual. Except for cables, speakers, and a source device, that’s all you need.

The C 316BEE V2 couldn’t be much simpler to connect and use. Just plug in your sources and speakers, select a source using the front-panel buttons or the remote, and set the volume. Some of my younger colleagues will complain that it lacks onboard Bluetooth; if you want that, you can add it with an adapter, available on Amazon for less than $20. 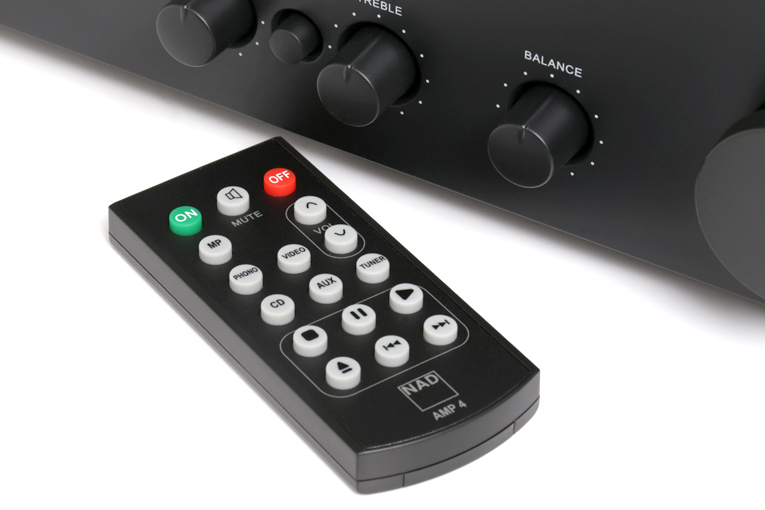 The remote is a token effort, with an area smaller than a business card, covered with 6mm round buttons. But you can learn to operate the most important function -- volume up/down -- by feel. On/off and input selector buttons are provided, as well as controls for NAD CD players.

I used the NAD C 316BEE V2 for a few weeks in a system that included my usual Revel Performa3 F206 tower speakers, and for a week or so I also used KEF’s Q150 bookshelf speakers. My source devices were a Music Hall Ikura turntable with an Ortofon Blue MM cartridge, a Musical Fidelity V90-DAC digital-to-analog converter, an Audioengine B2 Bluetooth receiver, and a Samsung BD-C6500 BD player.

When I substituted the C 316BEE V2 for my usual electronics -- a Parasound Halo P 5 preamp and two Outlaw Audio Model 2200 monoblock amps -- I didn’t notice a significant difference in the character of the sound with my usual music. For example, when I played “Words We Never Use,” from singer-songwriter Ron Sexsmith’s Ron Sexsmith (16-bit/44.1kHz WAV, Interscope), there was just a trace of difference in the sound -- a little bit more edge and detail in Sexsmith’s voice through the NAD -- but no difference in the sounds of any of the instruments. I actually liked the sound slightly better with the C 316BEE V2. (I used a voltmeter to match the levels of the C 316BEE V2 and the Parasound-Outlaw rig to within ±0.07dB; less precise level matching would no doubt have produced a bigger difference in sound quality.)

I heard the same slightly brighter, more vivid character when I played “Theme from Cuba” from Amazonas, by Los Angeles saxophonist Terry Landry (16/44.1 WAV, streamable from terrylandry.virb.com/listen). I heard just a shade more definition in the shaker and a little more breath and air in Landry’s tenor sax. Of course, I can’t know for sure what’s right, even though I attended the recording and mastering sessions for the album, but I did like this track through the C 316BEE V2 ever so slightly more.

When I played vinyl, I got the opposite result: the C 316BEE V2’s phono preamp sounded slightly softer than the one in the Parasound Halo P 5. With “Magic Number,” from bassist Ben Allison’s Layers of the City (LP, Sonic Camera), I heard a little less sizzle and detail in Allan Mednard’s cymbals through the C 316BEE V2 than through the Halo P 5. But through both setups, the sense of air around Jeremy Pelt’s trumpet was enveloping and involving, especially when the group finished playing the melody and the cymbals dropped away to make more sonic space for Pelt’s solo. 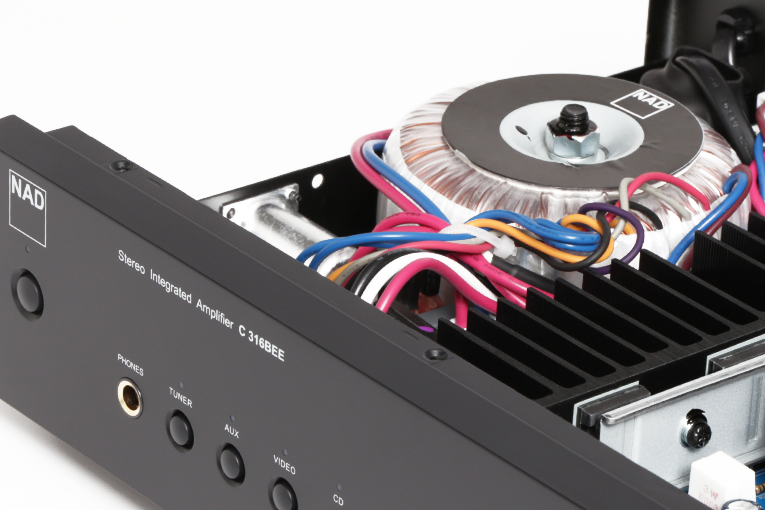 I noticed much the same effect when I played Yerba Buena Bounce, by the Hot Club of San Francisco (200gm LP, Reference RM2503) -- but I also found something wonderful that I really love about the C 316BEE V2. In “Stardust,” Ari Munkres’s double bass sounded absurdly boomy, as if its soundbox were 8’ tall. I was about to put on another record when I remembered the C 316BEE V2’s tone controls, which I hadn’t yet tried.

I first tried gently reducing the bass about one-quarter turn counterclockwise, but this wasn’t enough. Turning the control all the way down delivered the desired result -- the bass was now well balanced with the other instruments and sounded much more realistic, with no sonic penalty that I could hear. 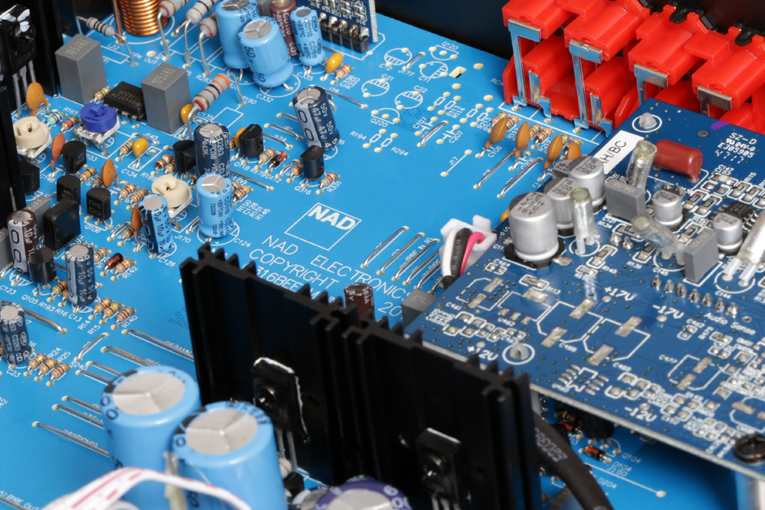 I experimented with the tone controls with more recordings and really loved them. They seemed to have no negative effect, and were precise enough that I could get my less-stellar-sounding records to sound much better. They offer relatively limited ranges of adjustment: ±8dB for the bass and ±5dB for the treble (a more typical range is ±12dB). You can’t make extreme adjustments -- nor can you mess up the sound much. You do have to get up out of your seat to use the tone controls, however; the remote doesn’t include them.

Of course, any 40Wpc amp will have limitations. When I cranked up “Kickstart My Heart,” from Mötley Crüe’s Dr. Feelgood (16/44.1 WAV, Mötley), to an average level of 95dB SPL as measured at my listening chair, about 12’ from the speakers, the system began to sound strained. This was possibly because of distortion, but more likely because the amp couldn’t deliver enough power for the woofers to keep up with the tweeters’ output. But I almost never play my system this loud -- and anyone who does won’t be considering buying a C 316BEE V2. 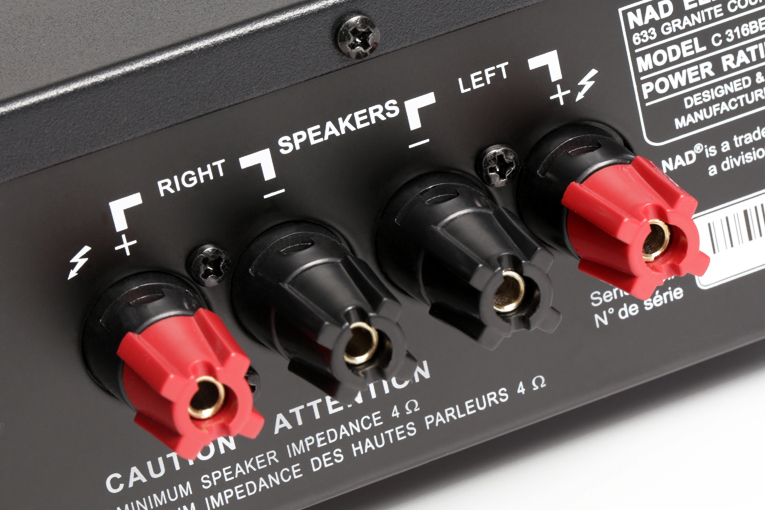 NAD’s C 316BEE V2 probably finds its closest competition in Cambridge Audio’s Topaz AM10 integrated amp-DAC ($299.95), in which virtually the same feature set is mated to a slightly weaker amp specified to put out 35Wpc (which means that its maximum undistorted output is 0.6dB lower). The Topaz AM10 has a larger remote (yay!), but its Bass and Treble controls can be adjusted only via a menu displayed on its front panel (nay!). Yamaha’s A-S301 ($349.99) beats the C 316BEE V2 in power, with 60Wpc, and also includes coaxial and TosLink optical digital inputs, but it’s much larger and rather Japanese-receiver-ish. Another significant competitor is NAD’s own D 3020 V2 ($399), which has a phono input, and built-in Bluetooth and coaxial and TosLink inputs -- but only one line input, and a class-D amp that puts out only 30Wpc. 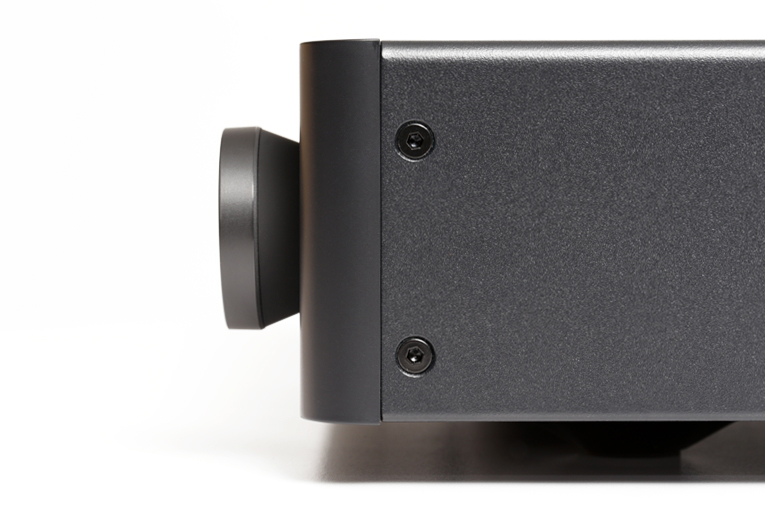 The only one of these competitors I’ve actually heard is the original version of the D 3020 (not the V2), which I used for a few months. Because the D 3020 V2 is much smaller, and is controlled mostly through its remote handset, using it is, in my opinion, less convenient and enjoyable.

The NAD C 316BEE V2 reminded me that audiophile-quality sound doesn’t have to be complicated or expensive. Its sound is comparable to that of the far more expensive and powerful gear I normally use, and it’s so refreshingly simple to operate that the mere lack of frustration on the user’s part has to be worth something. If you’re tired of the rising prices and increasing complexity of so much of today’s audio gear, try a C 316BEE V2 with a good set of bookshelf speakers. I’ll bet you’ll be reminded why you probably got into this hobby in the first place: the quest for the long-term joy of good sound.