MartinLogan is best known for its electrostatic tower speakers, which range from the ElectroMotion ESL ($2500 USD/pair) up to their flagship model, the Neolith ($80,000/pair). While I’m a longtime fan of their electrostatic designs, the MartinLogan models I’m more likely to recommend to friends are found in its budget-leaning Motion Series, which includes a trio of floorstanders: the 60XT ($3000/pair), the 40 ($1999/pair), and the 20 ($1599/pair). Philip Beaudette reviewed the Motion 40 for SoundStage! Hi-Fi in October 2012. Here I listen to ML’s entry-level floorstander, the Motion 20. 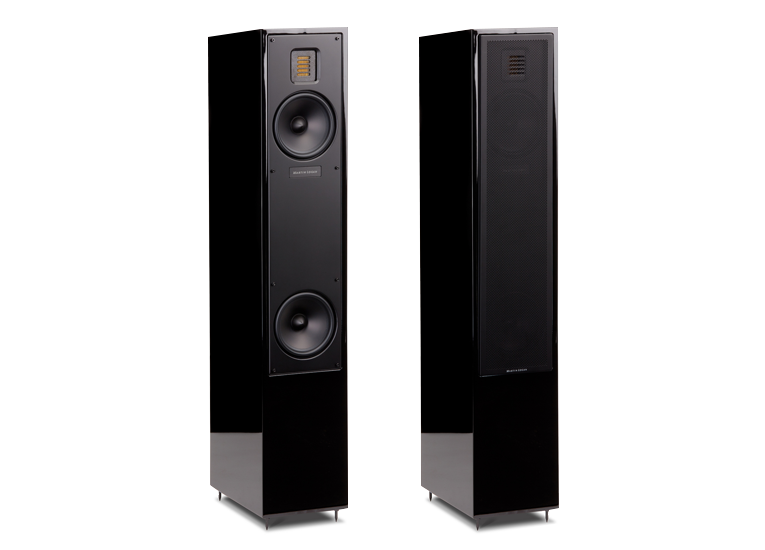 For the Motion Series, MartinLogan dispensed with the hybrid arrangement of electrostatic panel and cone woofer used in its Electrostatic and ElectroMotion lines, in favor of a more standard box-speaker design in which a tweeter is mated to multiple cone woofers. In this case, however, the high frequencies are produced by ML’s Folded Motion Tweeter (FMT), based on the Heil Air Motion Transformer (AMT) driver. That story no doubt sounds familiar -- several other manufacturers, including GoldenEar Technology and Emotiva, use tweeters based on the original AMT. In drivers of this type, a pleated diaphragm is positioned in a magnetic field. The driver’s large surface area -- the diaphragm used in MartinLogan’s FMT measures 5.25” x 1.75” -- and accordion-like action allow it to move more air, as well as produce highs with less distortion than can a regular dome tweeter.

The build quality and finish of the Motion models are definitely at odds with their entry-level prices. These are beautifully made speakers, with solid cabinets and high-gloss finishes. My review samples came in a lustrous black cherrywood, though more basic finishes of piano black and gloss white are available. 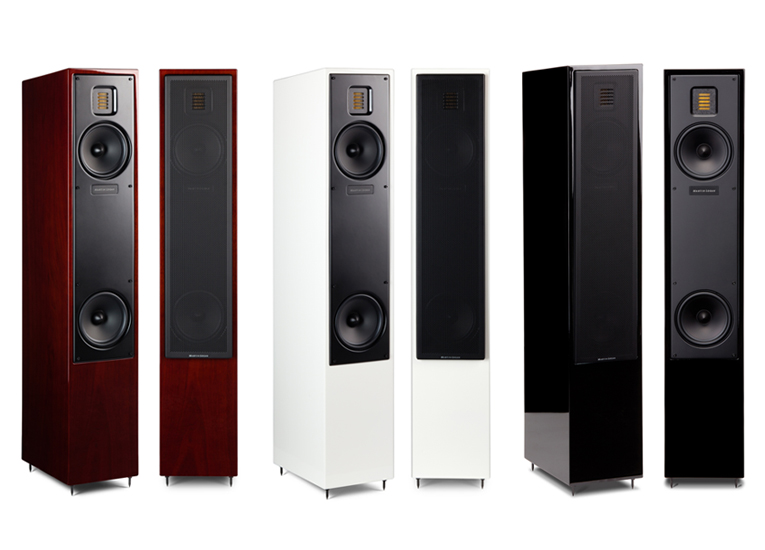 The Motion 20’s top panel gently slopes down from front to rear. A metal grille attaches to the baffle with magnets, and has a set of indented perforations in the area around the FMT driver. On the rear panel are two sets of “toolless” five-way binding posts -- the same as those found on ML’s electrostatic speakers -- with removable jumpers for biamping. Close to the bottom of the rear panel is a single bass port.

To test the Motion 20s, I placed them in the same spots normally occupied by my reference speakers, GoldenEar Triton Fives. I left the grilles on -- they didn’t adversely affect the Motion 20s’ sound, and I thought the speakers looked better with them attached.

The Motion 20s’ 36.6” height puts their FMT tweeters lower than the tweeters of my Triton Fives, which forced me to sink deeper into my couch while listening to optimize their alignment with my ears. Had the MLs sat on carpet, I’d have used floor spikes to raise them a bit. However, the speaker end of my room has a floor of bare wood, and the supplied rubber feet permit only a very limited amount of adjustment. 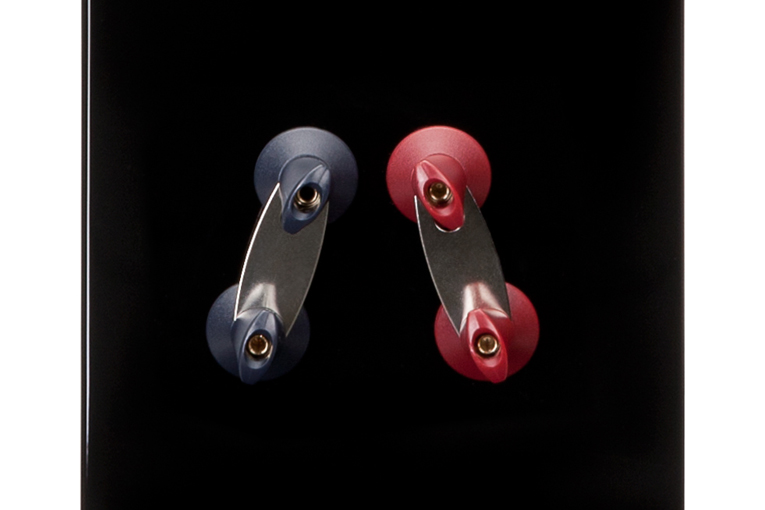 Most of my listening was carried out with a Hegel Music Systems H190 integrated amp-DAC streaming uncompressed FLAC files from Tidal HiFi via Apple AirPlay. I also used a Pioneer BDP-88FD universal Blu-ray player to play CDs and SACDs. Speaker cables and analog interconnects were Nordost Purple Flare.

I began my serious listening to the Motion 20s a day or two before Christmas -- holiday music seemed a good choice. Listening to John Taverner’s Audivi vocem de coelo, sung by British early-music ensemble Stile Antico on their Puer natus est: Tudor Music for Advent & Christmas (SACD/CD, Harmonia Mundi 807517), the ensemble’s dozen or so voices sounded rich with the natural reverb of the church where this DSD recording was made. The Motion 20s’ sound was seamless and wide, and I also got some sense of the sanctuary’s height. What most impressed me when listening to this track was the speakers’ rendering of the four-part vocal layering: each line came across distinctly, the Motion 20 tracking the soaring swells of voices without losing detail. 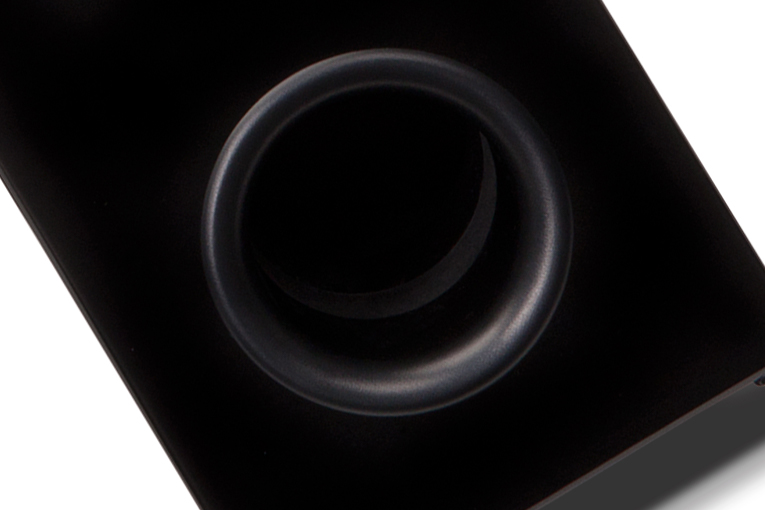 When Philip Beaudette reviewed the Motion 40 for SoundStage! Hi-Fi, he described it as “unapologetically warm down low, reproducing bass with a fullness and volume that some people will love but that may not appeal to all tastes.” I had the same impression with the Motion 20, but found that its bass reproduction, which made drums in particular sound muscular and full, appealed to me. For example, when I listened to “Good on the Ground,” from the Vijay Iyer Sextet’s Far from Over (16/44.1 FLAC, ECM/Tidal), Tyshawn Sorey’s drums were exceptionally potent. Coupled with Stephan Crump’s double bass, the low end on this track was notably punchy and aggressive for an ECM recording. 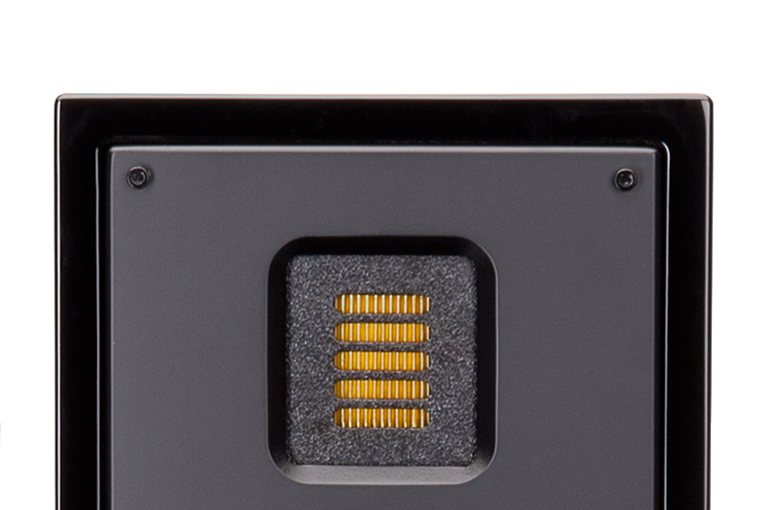 The Motion 20s also exhibited finesse when playing more subtle and restrained music -- for example, the third movement, Adagio espressivo, of Schumann’s Symphony No.2, with Michael Tilson Thomas conducting the San Francisco Symphony (16/44.1 FLAC, SFS Media/Tidal). I heard clear separation between the strings and woodwinds -- both were reproduced with considerable detail, texture, and air. As with the Taverner choral work, the wide soundstage cast by the MartinLogans let them convey an impressive sense of the orchestra’s size.

Given the Motion 20’s relatively low height, I wasn’t surprised to experience shorter aural images with some tracks in comparison with my GoldenEar Triton Fives ($2000/pair). With the Taverner, for instance, the impression of voices resonating in a cathedral was conveyed in a more seamlessly towering manner by the Tritons. And when I listened to the slow movement of the Schumann symphony, the GoldenEars’ more commanding sound reproduced an SFO that sounded even bigger than it had through the MartinLogans.

In these comparisons I was surprised to hear that the GoldenEars’ sound was somewhat more polite than the more dynamic MartinLogans. When I listened to the Vijay Iyer track, for example, the Motion 20s conveyed the complex mix in a livelier manner that let me more easily focus on individual instruments. Drums and double bass also sounded more powerful through the MLs, which had better low-end extension. 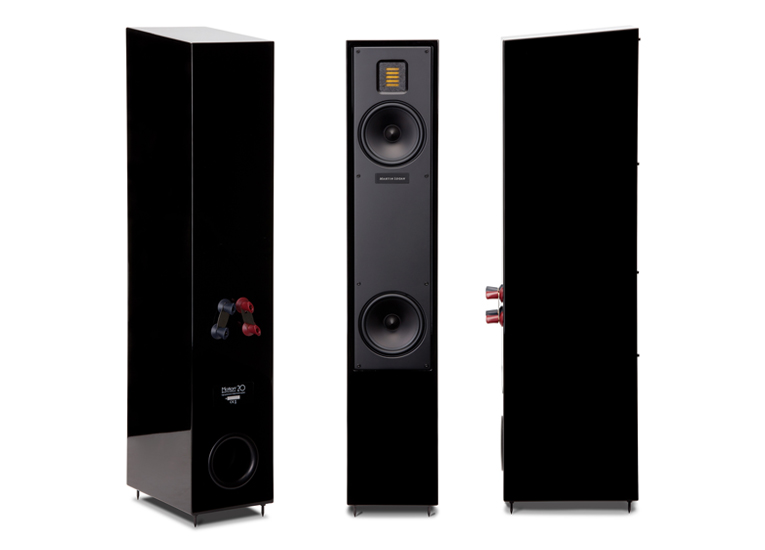 Califone’s “Wingbone” was more of a toss-up. Voices were more fully fleshed out with the GoldenEars, and the steel-string guitars sounded less edgy, more appealing. That said, this track’s mix sounded deeper through the Motion 20s, the background percussion seeming to emerge from impossibly far beyond my room’s front wall.

MartinLogan’s Motion 20 is a compelling option for anyone shopping for speakers in the range of $1500 to $2000/pair. It conveys music in a detailed manner, with pinpoint imaging and surprisingly powerful bass for its size. And while I generally preferred GoldenEar Technology’s more expensive Triton Five for classical music, the Motion 20 was in some ways the more versatile speaker -- and better equipped to rock out. If you want dynamic, extended sound from a compact floorstander, the MartinLogan Motion 20 can deliver it.