Back in the early 1980s, I knew a neighbor teen who had a pair of British loudspeakers. This was significant because, first, they were speakers actually made by a speaker company (mine were by Electrohome), and second, bands like Duran Duran and Def Leppard were huge, so things British were cool. Very cool. I had to see and hear these speakers. Happily for me, their owner was glad to show them off.

My private audience with British audio royalty was a pivotal moment in my audio life. There they stood, on actual speaker stands: Monitor Audio MA7s -- with removable grilles! As far as I knew, these were the pinnacle of loudspeaker technology. Even before my friend played a note of music, I knew I had to have them. 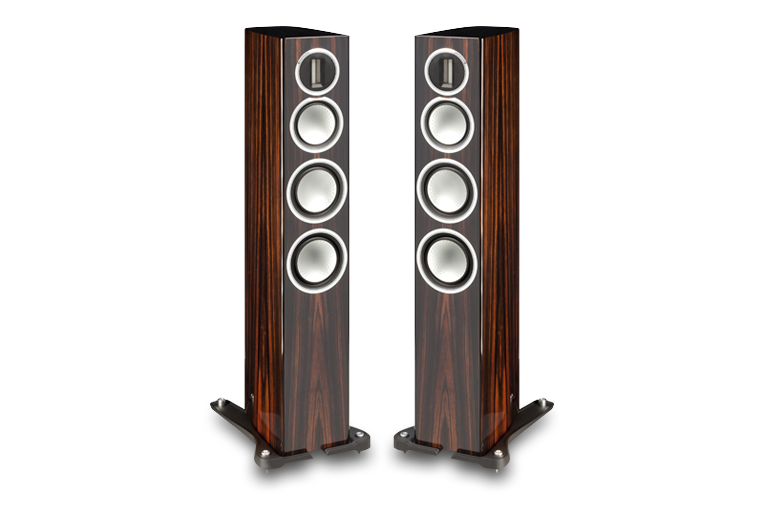 That didn’t work out, but it’s funny how, many years later, such incidents stick in the mind. In the 30 years since I haven’t been exposed to many Monitor products, but the brand has always held a special place in my musical heart. Monitors were, you might say, my first real speakers -- even if I never owned a pair. So nostalgia and curiosity made me keen to accept the assignment of reviewing a pair of Monitor Audio’s Gold 200 floorstanding speakers.

The Gold 200’s price of $4495 USD per pair applies to the Piano Black, Piano White, and Dark Walnut finishes. My review samples were lacquered in Piano Black -- they were gorgeous, but I’d hoped for Piano Ebony ($5395/pair). Alas, reviewers can’t be choosers.

The Gold 200s arrived triple boxed, a first for me. Although they were an enormous pain to uncrate, the 200s’ carapaces inside shells inside armor plate served them well -- they proved undamaged in shipment. This I was glad to learn, as I’d been a little worried by the “Useless if Dropped” notice on the outermost box. This warning is no doubt related to the Gold 200s’ use of one ceramic-coated aluminum-magnesium (C-CAM) ribbon tweeter per speaker. Each speaker’s single 4” Rigid Surface Technology (RST) midrange driver and two 5.5” woofers can probably take more of a pounding, not least because each is secured to the back of the stout cabinet by long bolts.

Monitor says that, all together, those drivers and their solid cabinet can reproduce frequencies from 35Hz to 60kHz. Also claimed are a sensitivity of 89dB and a nominal impedance of 8 ohms. Monitor recommends amplification of 100-150Wpc, but my 85Wpc (into 8 ohms) Simaudio Moon i5.3 integrated seemed to have no difficulties.

Like most floorstanding speakers, the Gold 200s required some assembly. Opening the top of the inner inner box, I was greeted by two cast-aluminum base plates (each speaker has two), floor spikes and feet, and machine screws to assemble the lot. Although the Gold 200s aren’t large at 37.1”H x 6.6”W x 11.7”D, they’re substantial: each weighs 49 pounds. Therefore, flipping them on their lids to attach the feet was a bit of a challenge. The act of turning the screws to secure the feet produced the only qualm I felt while assembling these speakers: six of the eight screws (four per speaker) took some persuading to tighten down; the screws seemed to bind at times, and I worried that I was stripping the threads. But perseverance paid off, and eventually all four base plates were snugly attached to the speakers. I then fitted the spikes for my deep-pile carpet (blunt feet for hard floors are also provided) and flipped the 200s right-way up. 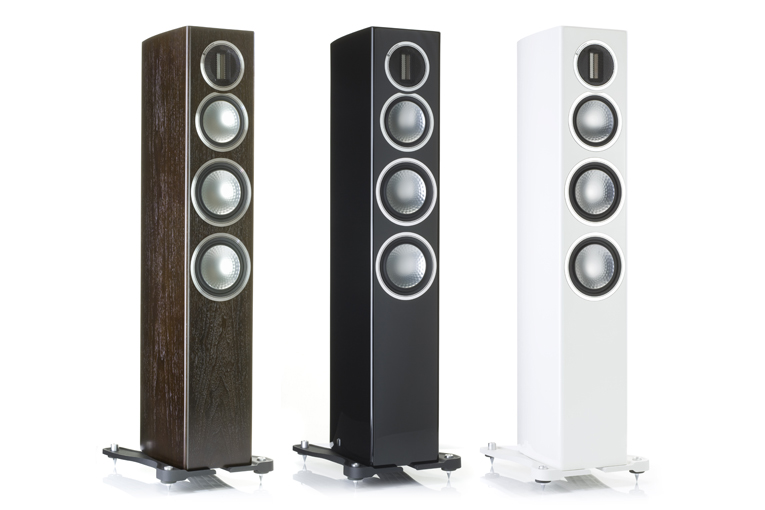 Their being on the small side meant that positioning the Gold 200s was easier than hauling about my much larger reference speakers, Definitive Technology’s Mythos STs ($4999.98/pair). Monitor’s manual suggests placing the speakers 6’ to 10’ apart, a minimum of 3’ from the front wall, and 18” to 24” from the sidewalls. Their final positions in my room were 9’ apart, 3’ out, and 20” from the sides, toed in just a few degrees. Monitor encourages lots of experimentation in positioning the 200s, until “The sound should appear to originate from the centre point between the speakers, not the actual speakers themselves.”

Wiring the Gold 200s was simplicity itself -- not that wiring any speaker requires much skill. Each speaker comes with two pairs of beautifully made binding posts, connected by default by a pair of quality-looking jumper cables; remove these for biwiring or biamping. And should the owner find their bass production overwhelming, foam bungs are also supplied for inserting in the speaker’s rear-firing port, which is based on Monitor’s HiVe II design.

I have never been a huge fan of ribbon tweeters, several of which I’ve experienced over the years but never found to be the Next Big Thing in treble reproduction. More often than not, I’ve found that ribbons sound bright and irritating. Such was the case with the Gold 200s.

Having shot that arrow through the hearts of the doubtlessly nice people at Monitor Audio, I add a big qualifier: In my many years of reviewing, I had never encountered a speaker that really, really didn’t like my longstanding choice of speaker cable: Synergistic Research’s Galileo system (i.e., the cables themselves, and the mysterious black box they connect to). Nonetheless, I immediately suspected a cable mismatch, based entirely on the fact that others had told me to expect to be enthralled by the Gold 200, especially its tweeter. Knowing as I do that those who gave me that advice have normal hearing, I figured that something else must be going on. 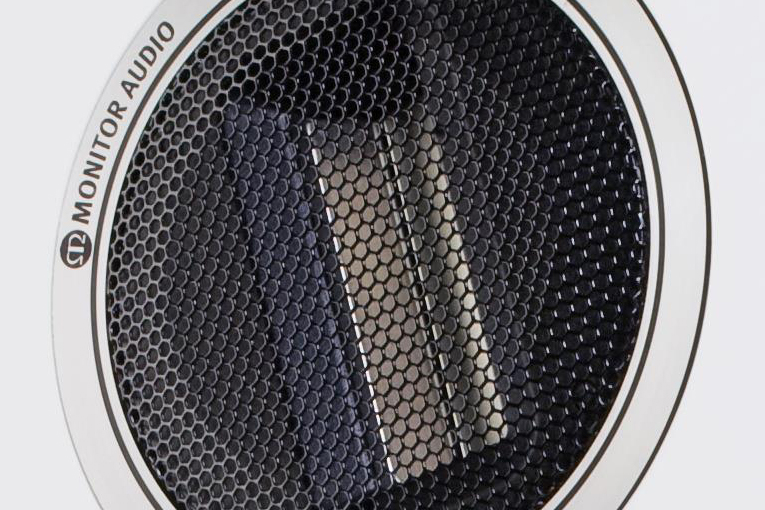 I’m not one to swap cables during reviews -- I know what I have, I know what I like, and I don’t want to mess with it. But in the spirit of fair play, I rummaged through my cable graveyard and pulled out a pair of Supra Cable Ply 2/3.4 speaker cables, which I hadn’t used in a long while. If any cables could give the Gold 200s a fair shake, I thought, it would be the Supras, which are as neutral as their Swedish homeland. And I was right. The forwardness and harshness I’d heard with the Synergistics were gone. Still, I gave the Supras a full 24 hours of cooking time with the Monitors before I resumed serious listening.

When I did, although the sudden lack of brightness was still very apparent, the quality of sound that most struck me was the amount of solid, deep, distortion-free bass produced by two pairs of 5.5” woofers in relatively small cabinets. “Electric Avenue,” from Eddy Grant’s Killer on the Rampage (16-bit/44.1kHz FLAC, Portrait), can be hard on lesser speakers, with its impactful kick drum, snare drum, and low keyboard notes -- a combination I’m sure that Grant, who also produced the album, didn’t intend to sound fuzzy, but that does when distorted. Through the Gold 200s these elements were clean as a whistle, even at near-painful volume levels. It was satisfying to watch the woofers take the punishment I dished out without looking as if they wanted to pop free of the cabinets. The Gold 200 is one tough speaker. 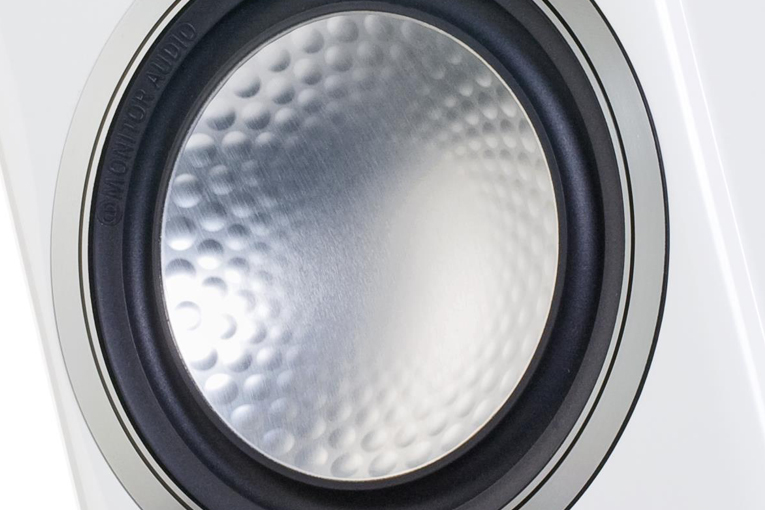 Def Leppard’s Hysteria (16/44.1 FLAC, Mercury) didn’t only set sales records; it may also have the greatest number of cymbal crashes ever recorded on one album; e.g., “love bites [splash], loves bleeds [splash splash], it’s bringing me [splash] to my knees [splash].” It’s therefore a terrific album for testing one’s tolerance for insane levels of treble. Given the Gold 200s’ initial treble problems with the Synergistic cables, I worried that my wineglasses were doomed -- but, again, the swap to the Supra Ply 2/3.4s made all the difference. I didn’t want to listen to Hysteria all day, but it was certainly tolerable through the C-CAM ribbon tweeter.

OK, I admit it -- that’s faint praise. The Gold 200s deserve better. Their ribbon tweeters worked pure magic with Norah Jones’s voice on her Come Away With Me (16/44.1 FLAC, Blue Note). Not only were her every breath and lip smack clearly audible, but the spaciousness of the recording practically induced agoraphobia in me. The illusion of sound appearing “to originate from the centre point between the speakers” mentioned in the owner’s manual was apparent in spades, the music floating in space like the Lexus Slide hoverboard.

Unfortunately, a tweeter so revealing giveth and taketh away -- it dispelled the illusion that there isn’t a surprising amount of tape hiss in the hi-rez version of “Trampled Rose,” from Alison Krauss and Robert Plant’s Raising Sand (24/96 FLAC, Rounder). Hiss on a modern recording? And yet there it was. That was hardly the fault of the Gold 200, but be warned: this revealing tweeter lives up to its billing. 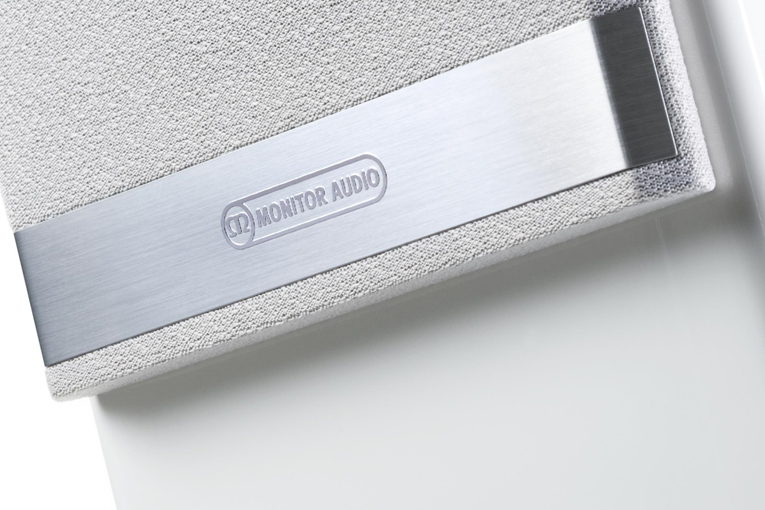 The Gold 200’s midrange was a bit forward; voices, and higher bass and lower treble notes, came across with a bit more emphasis than the low bass and high treble. This isn’t a bad thing; in fact, many speakers are voiced to produce just such a sound. It means that the Gold 200 is not a relentlessly neutral speaker, but one with a quite natural sound. After all, we humans are naturally attuned to hear vocal tones.

Pitting the Monitor Gold 200s’ ribbon tweeters against the aluminum-dome tweeters of my Definitive Technology Mythos STs ($3998/pr.) struck me as bringing a gun to a knife fight -- all else being equal, the much lighter ribbon can react far more quickly than a dome, and has a far greater radiating surface, not to mention frequency extension. Alas, one compares the speakers one reviews with the speakers one has.

Compared to the Gold 200s, my Mythos STs had a much smaller sound. This surprised the heck out of me -- never before had I found my references’ soundstage wanting. And while the Monitors “disappeared” from the sound like Vegas magicians, the Definitives were more on the Reno level.

Unsurprisingly, the bass-level contest easily went to the Definitives’ powered subwoofer sections, which can do a pretty decent impression of a significant earthquake. But the Gold 200s weren’t as far behind as their small, passive woofers might lead one to expect. Bass definition was a British victory, the Gold 200s’ punchy, advanced-design woofers doing a better job of keeping up with whatever bass I threw at them.

I felt more comfortable with the midrange of my Mythos speakers. It’s not that the Gold 200s were lacking in that department, but I’ve always been a sucker for the Definitive’s midrange-tweeter-midrange driver array, which a well-known speaker designer (from a Definitive competitor) once told me impressed him quite a bit.

Monitor Audio’s Gold 200 is a well-made, attractively styled, thoroughly modern loudspeaker that would look and sound great in most settings. I found that it could be sensitive to choice of speaker cable, but admittedly, the Synergistic Research Galileo system I use isn’t typical -- this might not be a problem for most Gold 200 owners. For smaller floorstanders, the Gold 200s produced both great quantity and quality of bass, and their midrange clarity and ultrawide, holographic soundstaging would make them a good choice for music and home theater. At $4495/pair, it’s not the least expensive speaker in its category, but I don’t think anyone shelling out that sum for these speakers would feel buyer’s remorse.

Monitor Audio continues the great British tradition of producing solid loudspeakers, and I’m satisfied that the positive impression Monitor left me with so long ago is as valid as ever.