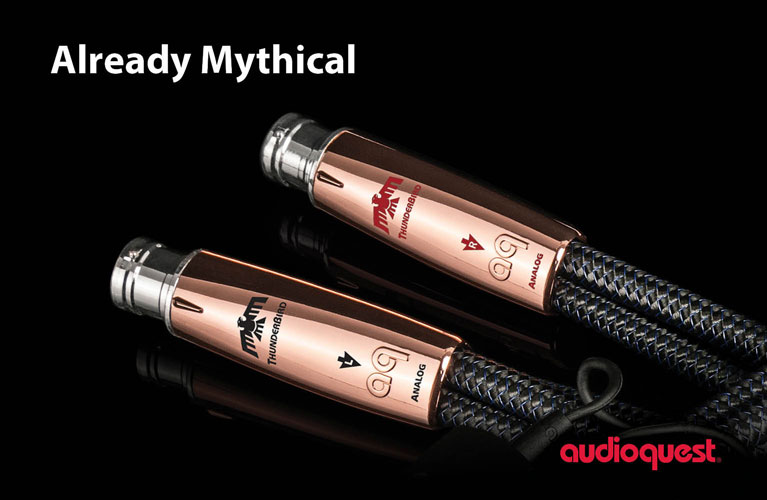 Note: Measurements can be found through this link.

Although Parasound’s Halo amplifiers have remained essentially unchanged for over a decade, they are still considered to offer outstanding value, even by today’s standards: reference-quality sound for budget prices. Boasting classic circuit designs by renowned engineer John Curl and prices that range from just under $1000 to a few thousand dollars, Parasound’s Halo models have gained a fervent following among value-minded audiophiles.

A couple of years ago, Parasound introduced the Halo A 31 ($3295 USD), a three-channel version of their top-of-the-line stereo and multichannel amplifiers, and the subject of this review. It joins the two-channel Halo A 21 and the five-channel Halo A 51 -- only the Halo JC 1 monoblock costs more. Over the years, I’ve heard the Halo JC 1s driving myriad high-end speakers at many audio shows, and have always been impressed by their sound. With regard to the two-channel A 23, Parasound’s smallest, least expensive Halo amp, the SoundStage! Network’s Erich Wetzel estimated that an A 23 driven by a Halo P 5 preamp would “result in sound that is unassailable in quality by any other combination of components that can be bought for a like amount.” 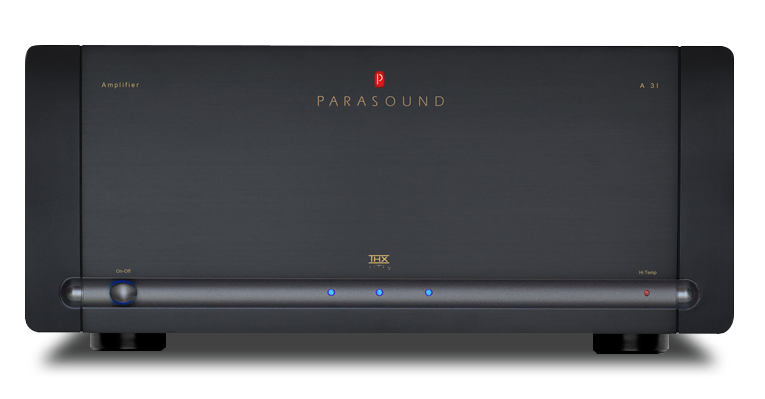 Parasound says that the Halo A 31 was developed in response to the increasing demand for a high-performance, high-power, three-channel amplifier. I’m not sure how much demand there actually is for three-channel amps, but I do use one to drive the center and surround speakers of my home-theater system, so I can see the utility of the A 31. With a claimed power output of 250Wpc into 8 ohms, the A 31 should be able to drive the three front speakers of just about any home-theater system.

John Curl’s circuit design for the Halo A 31 features complementary matched pairs of JFETs for the input pre-driver stages, matched pairs of MOSFETs for the driver stages, and an impressive eight matched 15A, 60MHz bipolar output transistors for each channel. The massive, encapsulated toroidal transformer produces 1.5kVA, and has independent secondary windings for each channel and 98,400µF of power-supply filter capacitance. It’s claimed to provide pure class-A operation up to 7Wpc, high-bias class-A/B operation thereafter, and to deliver 250Wpc into 8 ohms or 400Wpc into 4 ohms, all three channels driven.

The A 31 comes properly packed in a large double box. Very solidly built, it weighs 65 pounds, and its large case, measuring 17.25"W x 7.6"H x 19.1"D, is the same one used for the Halo JC 1 monoblock, the A 21 stereo, and the A 51 five-channel amps. The many screws securing the top plate slightly protrude and are easily visible, but are not particularly distracting. The many fins of the large heatsinks that comprise the side panels, and the Parasound logo stamped into the top plate, are all covered in a high-quality, black-anodized finish that gives the A 31 a professional, refined appearance. All Halo products are available in black or silver finish.

The slightly curved and rounded front panel is a thing of beauty. The gold lettering is understated, and the red Parasound logo glows to indicate that the mains power is connected. A single button switches the amp from standby to on, and four tiny lights -- one for power, and one for each channel -- glow softly blue to indicate activity. The ends of the front panel seem made of plastic, but are well matched, and don’t detract from the A 31’s handsomeness, or the overall impression of outstanding build quality.

Around back, the Halo A 31 is equally impressive. It has XLR and RCA input jacks, toggle switches for selecting between them, and binding posts far enough apart to accept heavy-duty, audiophile-approved cables. The power-on options include Manual, 12V Trigger, and Auto, with an adjustable Turn On Threshold. The gain can also be adjusted by +/-6dB using the Gain Normal/THX knob. The A 31 is certified THX Ultra2, for those who care about such things. My only complaint about the massively built A 31 is that while its binding posts are claimed to be of high quality, they look a little cheap and out of place in relation to the otherwise impeccable appearance and build quality. There are also two large handles, a mains power switch, and an IEC receptacle for the provided power cord.

I set up the Parasound Halo A 31 to drive the three front channels of my reference multichannel system, primarily using an Anthem Statement D2 surround-sound processor to listen to multichannel audio recordings and movies as well as two-channel recordings. The front speakers were KEF’s R900 and R600C (center). My Definitive Technology BP-8080ST surround speakers were powered by an Axiom ADA-1000 or a Bel Canto eVo6. I also used a pair of Definitive Technology Mythos ST-Ls. The subwoofers were two Paradigm Reference Servo-15 v.2s.

The Halo A 31 was exceptional with two-channel recordings. It had the excellent transparency and imaging, with plenty of grip, that you’d expect from a high-powered solid-state amp, but it also had a richness through the midrange, and a smooth treble that was easy to listen to while still being very revealing. Even at low volume levels, the A 31 took control of my speakers, providing a refined sound that was at once rich and inviting, as well as a precisely defined soundstage. And it had no trouble driving my speakers to any volume level I desired.

While the Halo A 31’s power and bass control were impressive, its midrange clarity and ability to vividly float voices between the speakers at exactly the right depth -- not too up-front or recessed -- rivaled that of much more expensive amps. On Cyndi Lauper’s The Body Acoustic (16-bit/44.1kHz FLAC, Sony BMG), the various stringed instruments -- including a particularly steely guitar -- and the singer’s raspy voice can sometimes be a bit jarring, but the A 31 struck the perfect balance between vividly realistic reproduction of the acoustic instruments and a deft addition of just a touch of warmth to the voice. The sound of Willie Nelson’s To All the Girls . . . (16/44.1 FLAC, Columbia/Legacy) is a little dry, but the A 31 reproduced Nelson’s world-weary voice with a bit of smoothness. There was a natural presence and richness to his voice, and to those of the many female guest singers. With every cut I played, there was great pace and musicality in these arrangements for acoustic instruments. For example, in “Always On My Mind,” the piano was placed slightly in the back right of the soundstage, accompanied by a lone snare drum that did an excellent job of keeping time. 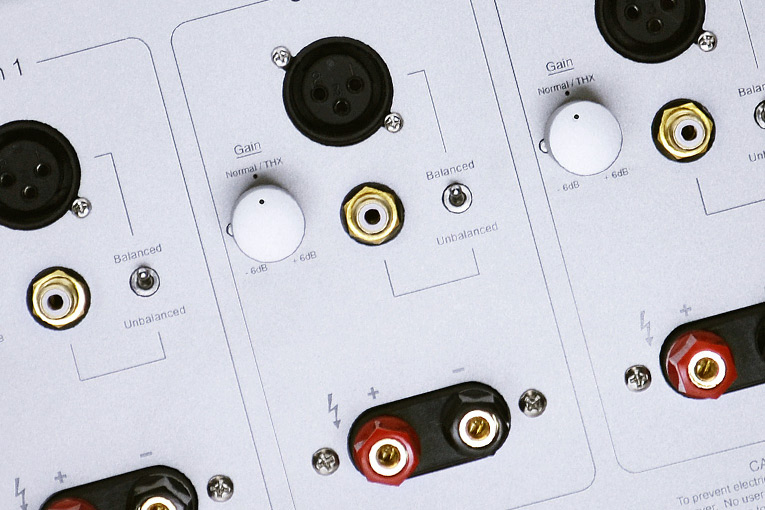 When I played multichannel recordings, I heard the same precision and musicality, as well as impressive dynamics across all three front channels. Peter Gabriel’s Back to Front: Live in London (BD, Eagle Rock Entertainment), probably the best-sounding Peter Gabriel concert video available (I’ve watched a lot of them), is a great test for multichannel systems. Early in the film, the mostly acoustic version of “Come Talk to Me” was notable for its nicely differentiated mix of voice, piano, acoustic guitar, accordion, electric bass, and deep but taut kick drum. The sustained hissing of hi-hat cymbals is prominent here, as in many recordings, but with the A 31, I was struck by how different each tom-tom sounded as it was hit. As the drummer’s sticks moved across the toms, each stroke differed slightly from the next; the strokes were spaced evenly and precisely between the speakers, closely matching the onscreen placement of the drums.

The Halo A 31 was highly musical, but it also had the massive amounts of power required for playing hi-rez audio from movies on Blu-ray. Edge of Tomorrow is a surprisingly smart, exciting film with an electrifying soundtrack. Through the A 31, the sound across the front channels was flawless. Atmospheric scenes had dead-silent backgrounds when required, and dialogue was more than merely intelligible -- it was realistic, and perfectly integrated within the mix, heightening Emily Blunt’s deadpan delivery of some of the film’s most memorable lines. During the numerous battle scenes, the metallic clanking and grinding of robotic exoskeletons, alien mimics, and powerful blasts from automatic weapons were perfectly positioned, while Christophe Beck’s low, pulsing music score effectively filled every bit of the rest of the soundscape. Even at reference levels at which I could feel the jarring kick of weapons’ recoil among the frenetic action, there was no discernible distortion: the music and dialogue remained stable and coherent, allowing me to listen at these levels for extended periods without fatigue. 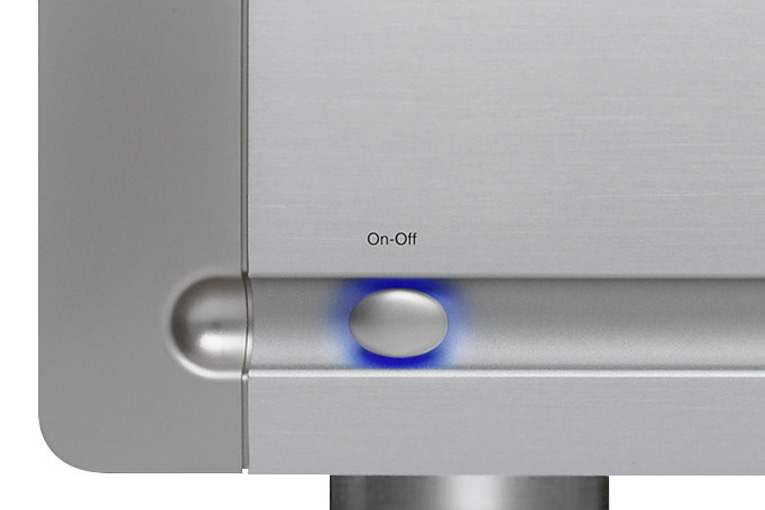 As accomplished as the A 31 was, it wasn’t the last word in transparency. My reference Anthem Statement M1 mono amplifiers ($3750 each) have a midrange that is slightly clearer, making voices more present, and small vocal inflections and nuances more discernible. For instance, it was easier to follow the gently rising and falling line of the lilting humming in “Latika’s Theme,” from the Slumdog Millionaire soundtrack (16/44.1 FLAC, Interscope). And with a claimed power rating of a whopping 1000Wpc, the M1s had more power in reserve for the up-tempo “Jai Ho,” with its intense Bollywood dance beat and soaring singing. But while the M1 is a fantastic-sounding and amazingly powerful and revealing amplifier, the Halo A 31, for less than a third as much per channel, wasn’t far behind. If I didn’t already own the Anthems, I’m not sure I’d choose them over the Parasound.

Operated in bridged mono, Bel Canto’s six-channel eVo6 ($4900, discontinued), which I usually use to drive my center and surround channels, is claimed to produce a powerful 350Wpc into 8 ohms, three channels driven -- and it has a transparent and musical sound. Even so, with Edge of Tomorrow it lacked some of the A 31’s weight and depth. The film’s soundscape wasn’t quite as expansive, and I couldn’t feel the forceful recoil of the automatic weapons as easily as I had with the A 31. While there was still plenty of detail, the explosive, metallic sounds of battle were a little forced and lacking in weight in comparison to the A 31’s smooth, effortless delivery. Although the Parasound has a lower power rating, it sounded more dynamic and visceral with sound effects, yet more refined with the film’s musical score. 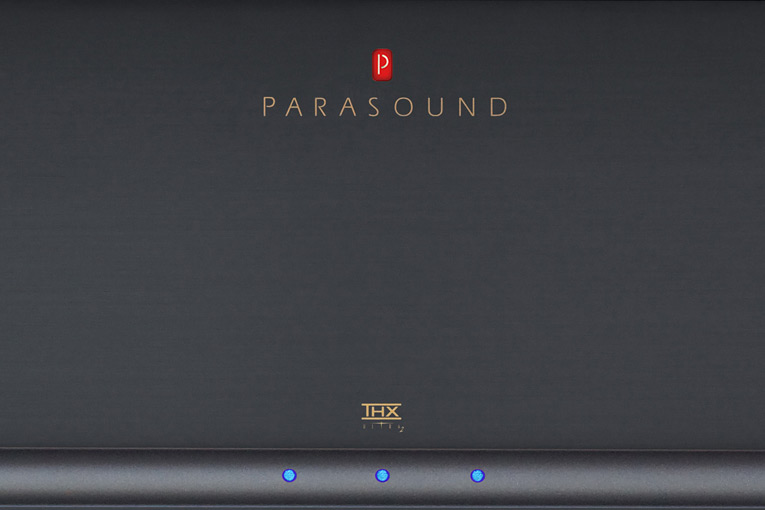 The A 31 also got the better of the eVo6 with two-channel music. There was a richer, woodier character to the double bass in “Linus and Lucy,” from the Vince Guaraldi Trio’s A Charlie Brown Christmas (SACD/CD, Fantasy), and the difficult task of articulating the deepest notes of this instrument was accomplished more precisely. While the eVo6 didn’t sound thin in any way, there was a richness to the A 31, as evinced by the big but melodic, gentle notes of the piano in “Christmas Time Is Here.” Lorde’s voice on her Pure Heroine (24/48 FLAC, Lava Music/Republic) had a wonderful purity in the midrange with the Bel Canto, but the Parasound -- also very clean through the midrange -- had just a touch of warmth, and a bigger but better-defined image of the voice, that were more musically satisfying. And when this album’s deep, sustained bass kicked in, the Parasound packed more punch, with a tight concussive quality and extremely low sustained tones.

It should not be overlooked. The Halo A 31 has a clear, detailed sound that belies its price, combined with just a touch of warmth. This blend of qualities made it a joy to listen to. Add to that its prodigious power output and rock-solid build quality, and I can assure you: It’s the real deal.

But if a three-channel amp is really not what you’re looking for, Parasound still has you covered, with their A 21 two-channel and A 51 five-channel versions of the same basic Halo design. $3295 isn’t exactly a low price, but based on what I heard from the Halo A 31, I can’t think of a single reason for not considering it and/or one of the other Halo amps for powering any or all of the channels in a high-quality audio system and/or home theater. It’s a fantastic-sounding amp with power to spare. I consider the Halo A 31 to be one of today’s best values -- if not the best value -- in a power amplifier.