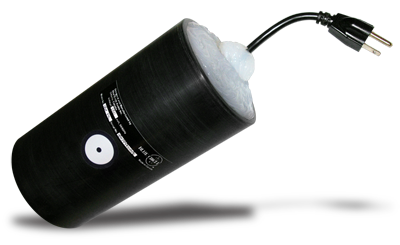 Blue Circle Audio should be familiar to readers of the SoundStage! Network. In the late 1990s, Doug Schneider owned their original BC2 hybrid monoblock power amplifiers (which then cost $6000 USD per pair), and they remained his reference amplifiers for many years. Headed by enigmatic founder, owner, and chief designer Gilbert Yeung, Blue Circle became well known for handcrafted high-end components wired point to point, which they continue to design and build at their facility in Innerkip, Ontario.

While Blue Circle manufactures some very high-end components, for years now they’ve also made relatively inexpensive products that include technology trickled down from their reference models. To reduce costs, the latter eschew flashy looks, to put it mildly -- their casework is a length of ABS pipe. These include DACs, USB converters, headphone amplifiers, phono stages, and power conditioners.

One of the latest in this line of unique products is the Sillycone Filter power-line conditioner, available in 6X, 12X, and 18X models. The numbers refer to the degree of filtering. The subject of this review is the 18X Sillycone Filter ($820).

The 18X Sillycone Filter may have a frivolous name, but inside its plain black pipe is some serious power filtering that Blue Circle says has been trickled down from the BC6000, their top-of-the-line power filter and conditioner. Their filtering technology is based on paralleled capacitors of varying values, to cover a range of frequencies. Because this type of filtration works in parallel with AC circuits, components don’t need to be plugged into a Sillycone to benefit from its effects. Instead, Sillycones are designed to be plugged into a spare outlet on a power strip that feeds the components in your system. The closer the Sillycone is plugged into the other components, the greater its effect should be.

The 18X Sillycone measures 4.5” in diameter by 8.5”L, though the semi-transparent silicone filling that holds its innards in place extends slightly from each end of the tube. Protruding from one end is a cord only 3” long, terminated in a three-pronged plug; on the other end is written “18X” -- in silicone. Because the 18X is packed solid with silicone, it’s immune to vibrations and resonances and has a very solid feel. One thing the Sillycone Filter does not do is suppress power surges; it runs in parallel to the electrical circuit, and is claimed not to restrict the current.

Because the 18X Sillycone Filter contains a big bank of capacitors, it can hold a significant charge for a very long time. Be careful not to touch both prongs of the plug, even after it has been disconnected from the AC mains, or you could receive a nasty shock. After plugging the Sillycone into my system, I let it sit for a few days before doing any serious listening, and did the same thing whenever I had to disconnect it for purposes of comparison. 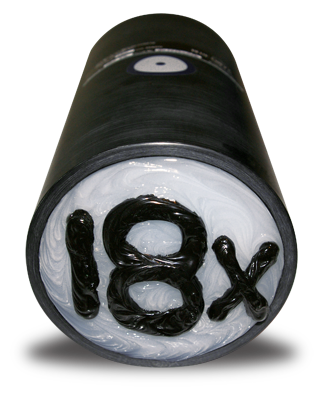 Gilbert Yeung has said that a Blue Circle customer is “someone who appreciates substance over cosmetic glitz and hype.” If that’s true, his customers will certainly appreciate the 18X Sillycone Filter. It might not look like much, but this nondescript length of pipe unquestionably improved the sound of my system. The biggest improvement was a darkening of the background and a clearer, deeper view into recordings. The soundstage on Paul Simon’s Songs from The Capeman (16/44.1 FLAC, Warner Bros.) is not particularly expansive, but with the Sillycone Filter, the multiple intertwined voices were more discernible and better defined. The lead vocals of Marc Anthony and Simon were vivid and present in “Satin Summer Nights,” but the spoken-word passages and the angelic women’s voices in the background had a crystalline quality that made them just as impressive, even though they were recorded at lower levels and set back in the soundstage. The exceptionally low noise floor provided a transparent window into “Adios Hermanos” and its softly recorded background voices. The varying doo-wop bass and female vocals were sublimely clean, and flowed smoothly and effortlessly from my speakers.

The exceptionally quiet background of “Keith Don’t Go,” from Nils Lofgren’s Acoustic Live (16/44.1 FLAC, Vision), provided a seemingly endless sense of depth with the Sillycone. The utter lack of noise allowed the recording to open up and provide a sense of a huge space extending beyond the walls of my listening room. The twang of the strings and the slap of the guitar were tightened up, with a fast, dynamic quality and greater sustain. Pinpoint imaging was remarkably vivid. As Lofgren’s virtuoso guitar playing built to an astonishing climax, the sheer explosiveness of the recording was spine-tingling.

I also tested the 18X Sillycone’s effect on my system’s video performance, but saw little difference in the quality of the images. At times I thought the picture might be ever so slightly brighter, but any improvements were fleeting. I did see a difference when I inserted the Sillycone in my smaller system, which includes a 34” JVC CRT HDTV, Oppo BDP-83 BD player, and Motorola HD PVR. An episode of the latest season of AMC’s Breaking Bad lost some haziness around image outlines and exhibited more detail. In one desert scene, the sunlight took on a harsh but very natural look. Dark clothing revealed textures in the materials rather than looking like black blobs, and background objects were a little more distinct.

Restoring the 18X Sillycone Filter to my reference system and adding Blue Circle’s Peed Al Sea Thingee power conditioner ($255 USD) resulted in additional sonic benefits, even though the Thingee is claimed to have only a fraction of the 18X Sillycone’s filtering capacity. Unlike the Sillycone, the Thingee has sockets that allowed me to place it between the wall outlet and my ESP power distributor, in which the Sillycone was plugged. The Thingee didn’t much improve the system’s dynamics, but it did make the sound a little cleaner and the backgrounds even a bit darker. This highlighted the stunningly stark arrangement of Paul Simon’s “Boy in the Bubble” on Peter Gabriel’s Scratch My Back (24/48 FLAC, Society of Sound). I don’t often describe imaging as sounding “vise-like,” but in this case, the images of the piano and Gabriel’s voice were positioned so precisely and solidly in the soundstage that they sounded as if clamped in place. Working together, the two Blue Circles removed any remnants of fuzziness from image outlines; that, combined with the exceptionally quiet backgrounds, produced a strikingly lucid sound.

Removing both Blue Circle devices from my system resulted in a noticeable degradation of the sound. The guitar in “Pacing the Cage,” from Bruce Cockburn’s The Charity of Night (16/44.1 FLAC, True North), took on a bit of glassy sheen, and his voice sounded slightly “shouty.” Rob Wasserman’s double-bass playing on this track is subtle but well defined; without the Blue Circle gear, it wasn’t as taut or as precise.

I’d previously been satisfied with the improvements in the sound of my system wrought by the relatively inexpensive Peed Al Sea Thingee, but the 18X Sillycone Filter opened my ears to what’s possible with even better Blue Circle power-conditioning products. The Sillycone costs more than three times as much as the Peed Al Sea Thingee, but I thought the improvement in sound was commensurate. These days, $820 doesn’t buy you much in the world of high-end audio. If that’s more than you want to spend on power conditioning, the 12X and 6X Sillycone Filters are available, as well as two-outlet and four-outlet versions of the Peed Al Sea Thingee -- and there’s even the BC86 Mk.5 ($135), which I have yet to try.

Although the 18X Sillycone Filter won’t win any beauty contests, like Blue Circle Audio’s other components stuffed into ABS pipes, it offers performance beyond what you’d expect. Having now used a couple of them, I now can’t imagine my system without at least one of Blue Circle’s high-value power-conditioning products hooked up to it, and the 18X Sillycone Filter would be at the top of my list.