From Hiroshima, Kansas, and Ontario, with love 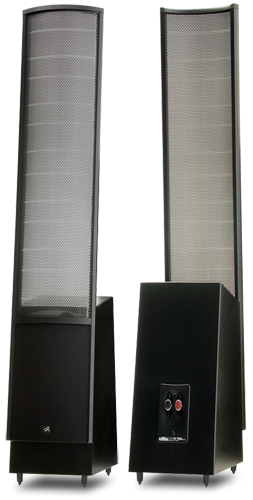 From 1978 to 2002, Mazda made the RX-7, a sports coupe with a rather distinctive power train. Bucking convention, Mazda forwent using a traditional piston-based motor to incorporate an unorthodox "rotary" engine. Conceived by Felix Wankel, a German whose name would become synonymous with the motor manufactured in Mazda’s Hiroshima factory, this clever design had several advantages over the reliable but kinetically wasteful four-stroke piston designs that power almost every other production car available. Whereas a piston moves back and forth on a single plane, wasting a sizable amount of energy by having to repeatedly decelerate and accelerate, and shedding momentum in the process, the rotary is a more elegant design. Two rotors, each similar in shape to a Reuleaux triangle, rotate around an eccentric shaft, wasting far less momentum than does a traditional four-stroke piston motor, and requiring only three moving parts.

While there were many benefits to the rotary design, including a high redline, smooth power delivery, and a signature sound, the Wankel engine never caught on with consumers, who were put off by low gas mileage and high oil consumption. Despite this, the Wankel has rabid followers who not only appreciate its design, but find the experience of driving a rotary to be inimitable. To the uninitiated, though, the proposition sounds ridiculous: the power of a four-cylinder, the fuel consumption of an eight-cylinder, add oil every 1500 miles, change it every 3000, and the thing may need to take a trip on a flatbed truck if you turn the car on and off too quickly and thus flood the motor. All of this is true. And if Mazda made another one, I would buy it in a heartbeat.

Which brings me to electrostatic loudspeakers (ESLs). MartinLogan is not the only manufacturer to use electrostatic panels in their speakers -- Quad’s exponents are as fanatical about their ESLs as I am about the Wankel rotary. Blasé about traditional dome tweeters, Kansas-based MartinLogan favors using a transducer made of a Saran-wrap-like material only 12 microns (12µm, or 0.00048") thick, sandwiched between two powder-coated metal stators. The resultant panel is charged with a fixed positive voltage, which creates a strong electrostatic field. When a signal is fed through the panel, the front and rear stators receive voltage signals of equal strength but opposite polarity: as the charge on the front stator becomes more positive, pulling the diaphragm forward, the rear stator is given an equally negative charge, pushing the diaphragm in the same direction, to move air and thus produce sound. The advantages are self-evident: with a diaphragm that MartinLogan claims is lighter than the air it moves, it produces a very nimble and open sound that makes the average dome tweeter sound indolent by comparison. 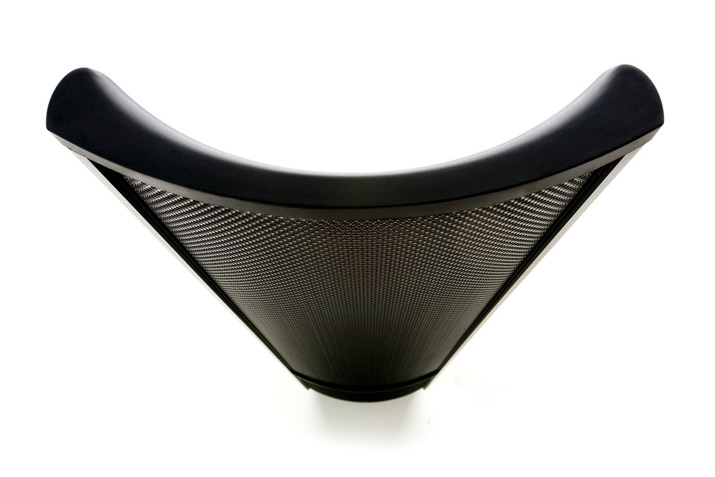 ESL panels, while remarkable for ably covering the audioband from 500Hz to beyond 20kHz, are unable to produce practicable bass, requiring the supplemental use of a traditional woofer. They also operate in dipolar fashion: as described above, when the transducer is being pulled and pushed forward and backward to produce sound, it radiates sound both forward and backward -- but the two sets of radiations are out of phase. This means that when the front and rear waves meet, at the sides of the cabinet, they effectively cancel each other out. Interesting. For those interested in how electrostatic panels are made, check out Doug Schneider’s tour of MartinLogan’s Canadian factory, in Mississauga, Ontario, from earlier this year.

MartinLogan’s entry-level electrostatic speaker is the ElectroMotion ESL ($2195 USD per pair). Its electrostatic panel is 34"H x 8.6"W, for 292 square inches of radiating surface area. It covers from 22kHz down to 500Hz, where it crosses over to an 8" paper-cone woofer that extends down to 42Hz, for an overall claimed frequency response of 42Hz-22kHz, ±3dB. The nominal impedance is 6 ohms, which dips down to 1.6 ohms at 20kHz, and the sensitivity is specified as 91dB/2.83V/m. With overall dimensions of 52.1"H x 9"W x 16.3"D, the ElectroMotion is tall and narrow; its bass section is finished in a simple but attractive black painted finish, and covered with a simple grille, which I left on for all of my critical listening. Unlike many of MartinLogan’s more expensive speakers, the ElectroMotion lacks a powered woofer. Still, each speaker comes with a power adapter that must be plugged into an outlet, to provide the charge for its electrostatic panel.

Each ElectroMotion ESL weighs a manageable 35.5 pounds; manipulating them out of their well-designed shipping containers and into position was easy. I placed them 24" from my front wall and 7’ apart, and listened from a distance of about 9’. I toed them in, as recommended in the deeply informative and well-written manual (a rarity), and removed their rubber feet, preferring to use the built-in spikes, which I found resulted in more focused bass. 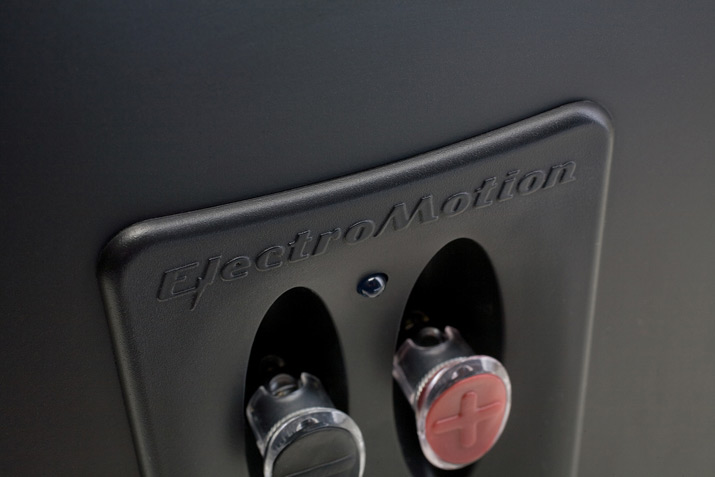 Then came plugging in my speaker cables. The ElectroMotions don’t take spades. At all. Making use of a pushbutton kind of binding post, they accept only bananas or bare wire, which left me and my spade-terminated Nordost Blue Heaven LS cables in something of a bind. I bought an ambiguous set of spade-banana "adapters" online that allowed me to screw the spade ends into the banana connectors and secure them with a washer. This setup was a bit tenuous, but seemed to work just fine. 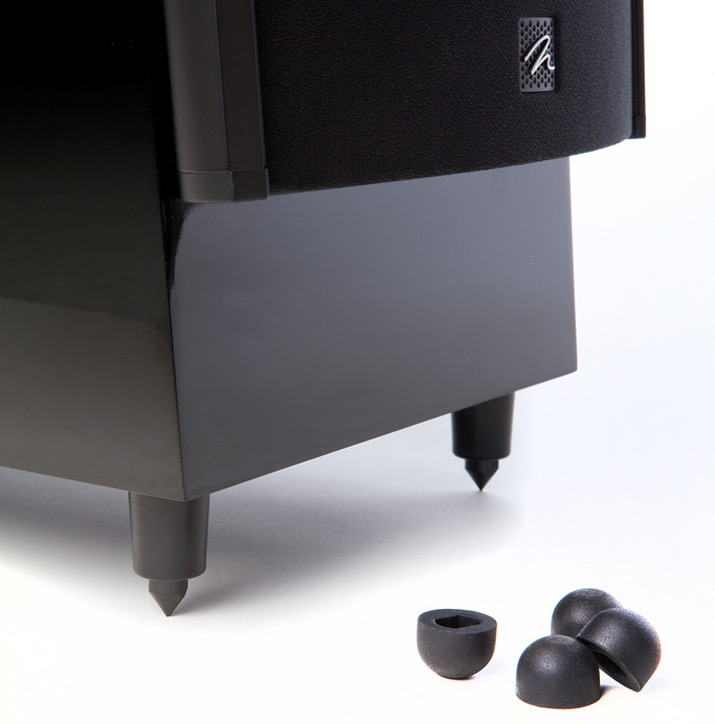 With the ElectroMotions wired and in position, I connected the other end of the speaker cables to a Peachtree220 power amplifier (review in the works). I used the partnering Peachtree novaPre preamplifier, as well as my reference Krell KAV-300il’s preamp section, via its preamp outputs. I made use of Arcam’s FMJ D33 and TEAC’s UD-H01 digital-to-analog converters via their balanced outputs, wired with Nordost Blue Heaven LS XLRs, and streamed my iTunes library of lossless audio files via an Apple Airport Express, using its included optical output and a TosLink cable from RadioShack. Nordost’s Blue Heaven LS power cords fed current to all components other than the MartinLogans, which used their dedicated power adapters.

And now for something completely different

Having never heard a pair of electrostatic speakers in my home before, I was unprepared for their sound. It was different -- no better or worse than the sound of a traditional box speaker with dome tweeter, but different. I previously mentioned the word beamy, and that describes what I heard: Walking through my listening room with the speakers playing resulted in a different sound with each step I took. With my ears above, and therefore out of line with, the ElectroMotions’ electrostatic panels, the sound was vague and distant. Furthermore, whereas every other speaker I’ve spent time with has displayed a progressive shift in sonic shape and dynamics when I move laterally away from the sweet spot, the ElectroMotions were more abrupt and unforgiving in this regard. But when I settled into that sweet spot, everything cohered exceptionally well -- a vivid stereo image snapped into focus. As I came to learn, being in the ElectroMotions’ sweet spot was a very pleasant place to be.

The laser-guided quality of the ElectroMotions allowed for some terrific imaging and focus. With the single "Make Some Noise," from the Beastie Boys’ last studio album, Hot Sauce Committee Part Two (16/44.1 AIFF, Parlophone/Capitol), the ever-present and annoyingly catchy electronic tone that anchors the tune was rendered as sharply and crisply as I’ve heard it in my listening room. The New York City trio’s (R.I.P., MCA) rhyming lyrics sounded as raw and old-school as when they rose to prominence in the 1980s. Their earlier single "Intergalactic," from Hello Nasty (16/44.1 AIFF, Capitol), was equally compelling, with scratching vinyl jumping from channel to channel along with other electronic transients, while the rough vocals were clearly rendered dead center in the soundstage. "Sneakin’ Out of the Hospital" better highlighted the strength of the ElectroMotion’s electrostatic panel, with a motley arrangement of instruments and electronic beats freelancing across the track. The sheer litheness of the ML’s treble and midrange was pretty remarkable, not only with the speed at which the ESL panel could render sound, but also in terms of its ability to divorce the music it played from its nontraditional cabinet; the sound it produced was large, wide open, and tonally neutral.

Rammstein’s "Los," from the German group’s Reise, Reise (16/44.1 AIFF, Universal), demonstrated the ElectroMotions’ soundstaging with a strummed guitar heard only in the left channel before transitioning to the right channel as well, its image reaching to the outer baffle of each speaker. The guttural voice of lead singer Till Lindemann was more recessed in the soundstage, with the drums reaching still farther back. The depth of that stage was reasonable, but the ElectroMotions were perhaps limited by my having positioned them within 2’ of my front wall, a function of the spatial limits of my city apartment. I suspect that, like my reference speakers, the Mirage OMD-28 omnidirectional radiators, the ElectroMotions would thrive placed farther from any boundaries. That said, their soundstaging struck me as price-appropriate. 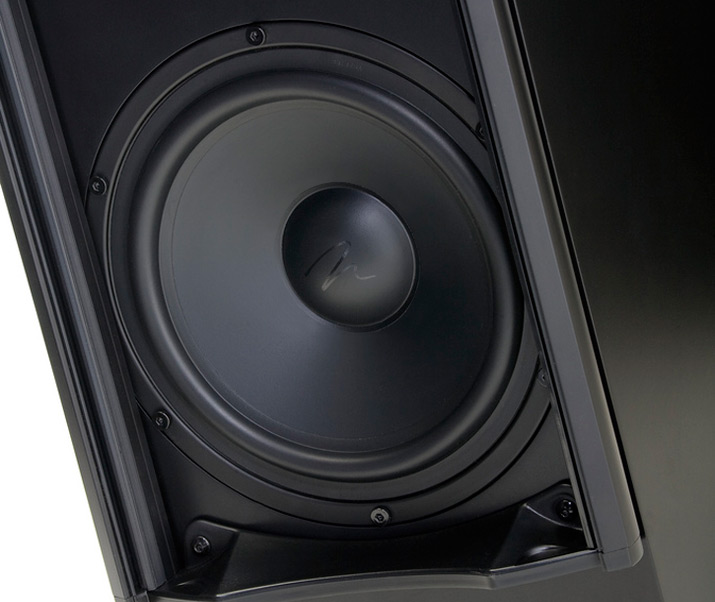 For all the merits of the ElectroMotion’s electrostatic panel, its accompanying 8" lower-midrange-and-bass driver was not quite as accomplished. The limber and nimble electrostatic diaphragm is thinner than a human hair and terrifically quick, which makes it difficult to partner with a traditional paper-cone woofer, especially when the crossover frequency is 500Hz: smack in the middle of the range of the human voice. Combine this with a relatively small, bookshelf-speaker-size bass cabinet, and deft reproduction of extended and tuneful bass is terribly challenging. MartinLogan’s more expensive electrostatic models, such as the Ethos and Spire, both enthusiastically reviewed on SoundStage! Hi-Fi within the past 18 months, enjoy the support of built-in bass amplifiers that include proprietary digital signal processing (DSP).

The absence of such DSP-driven amplification in the ElectroMotion ESL makes it much more affordable, but at the expense of low-frequency clarity. The bass notes of "Whatever We Want," from Chiddy Bang’s Breakfast (16/44.1 AIFF, EMI), reached fairly low -- ML’s claim of a lower threshold of 42Hz seems accurate -- but were a little bloated and ambiguous. Compared with the electrostatic panel, the woofer sounded overripe and a little shy of detail. So, too, with "Enemies with Benefits," from CunninLynguists’ Oneirology (16/44.1 AIFF, RBC), which makes copious use of a prototypical hip-hop beat -- the kind of fat bass undertone that purports to dig deeper in frequency than it actually does. The ElectroMotion seemed to articulate the general shape of the beat, but it struck me as somewhat disconnected from the rest of the music. If the ElectroMotion’s electrostatic panel hadn’t been so very competent, I probably would have glossed over its shortcomings in the bass.

GoldenEar Technology’s Triton Three ($2000/pair) recently joined me, and in a short time has proven an impressive loudspeaker. The Triton Three makes use of a folded-ribbon tweeter based on the Heil air-motion design from 1972, and a powered 5" x 9" woofer coupled to two 6.75" x 8" passive radiators, as contrasted with the ElectroMotion’s downfiring port. The GoldenEar’s tweeter casts a broad, deep soundstage and has a smoother overall sound; the MartinLogan offered slightly more delineation and image focus in the treble. Both speakers had roughly comparable performance in the midband, but the Triton Three went deeper in the bass, and with greater resolution.

When nothing else will do

The ElectroMotion ESL is the gateway product to MartinLogan’s more expensive electrostatic designs, and it’s easy to hear why they’ve stubbornly stood by the design, much in the way Mazda stood by its idiosyncratic rotary engine. Like the Wankel, the ElectroMotion isn’t perfect, but its qualities are manifest to my ears. There is no other product like it at or near its $2195/pair price. I suspect that many listeners who hear it will then find more traditional speaker designs to be irrelevant.